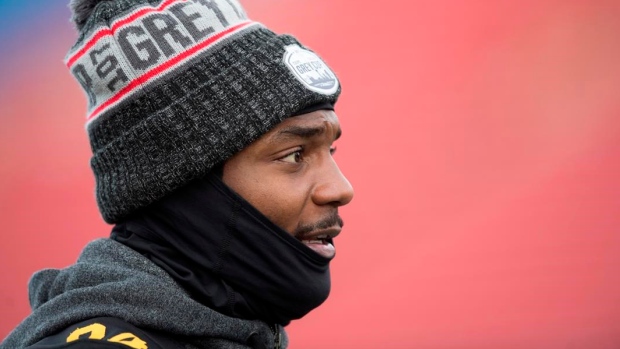 Delvin Breaux Sr. is coming back to the CFL.

According to TSN Football Insider Dave Naylor, the cornerback has filed paperwork to unretire and return to the league after hanging up his cleats last March.

More on @Breauxshow24 future … he has decided to return to @CFL. Has filed papers with the league that are necessary for him to negotiate a contract because he had previously declared his retirement. He is presently @Ticats property and a pending free agent Feb. 8th. #CFL

Naylor notes that Breaux remains under contract with the Hamilton Tiger-Cats, but is currently slated to become a free agent on Feb. 8.

Breaux played in three Grey Cup games with Hamilton, earned CFL All-Star honours twice (2014, 18) and was an East Division All-Star three times. He was named to the CFL’s First All-Decade Team in November 2020.