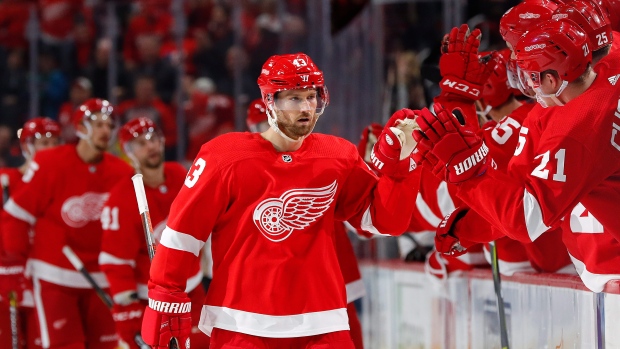 After spending his entire career with the Detroit Red Wings, pending unrestricted free agent Darren Helm is open to a move to a contender ahead of next Monday's trade deadline.

“It would be a lot of fun to play playoff hockey again,” Helm told Ansar Khan of MLive. “It would be great to finish my career in Detroit as well. I’m open to anything.

“I do want to play another year or two, so whatever gives me a better opportunity to play more hockey. I love Detroit. I love playing here, but if there’s an opportunity somewhere else, I’d be fine with that. We’ll just see what happens.”

The 34-year-old two goals and six points in 32 games this season with the Red Wings, who sit last in the Central Division with 32 points.

Helm, who carries a  $3.85 million cap hit in the last of a five-year deal, has not played in the postseason since 2016.

“I don’t watch a lot of hockey throughout the year but the last couple of years I found myself watching playoff hockey, kind of miss it,” Helm said. “To be a part of it would be a lot of fun, a good opportunity as well. Whatever happens, happens.”