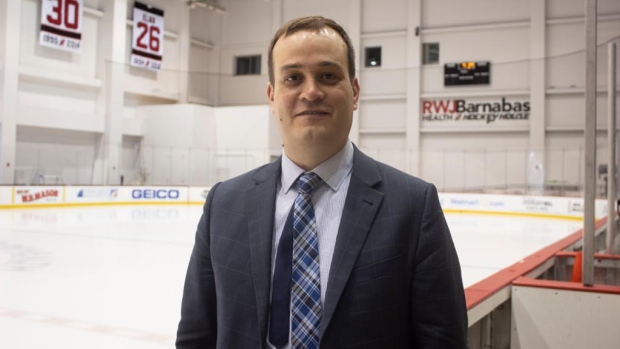 The New Jersey Devils have hired Tyler Dellow as vice-president of analytics, the team announced on Wednesday.

In their statement, the Devils said Dellow will lead a department that will work across all hockey operations departments to collaboratively enhance the planning and execution of focused initiatives.

Dellow previously worked in the NHL with the Edmonton Oilers as an analytics consultant from 2014-2016.

"Since day one, Josh Harris and David Blitzer have supported us by investing in the staff and resources it takes to build a team, the right way," Devils general manager Ray Shero said. "We have used those resources to recruit talented people who can increase our organization's expertise in every aspect of the game. Bringing Tyler on board is just another example of our commitment to progressively building in a manner that can help the franchise achieve sustained success."

He most recently worked as a staff writer at The Athletic.

"I am extremely excited for this opportunity to join Ray and work with a great group of people with different backgrounds and perspectives of the game," said Dellow. "Being able to collaborate with the entire organization, including HBSE, was a reason that attracted me here. I look forward to building a team that can help other parts of the organization prepare and make decisions on what's best for the Devils. I appreciate The Athletic for bringing me aboard during their initial stages, which allowed me to continue working in the analytics field and served as a bridge to being able to take this job today."