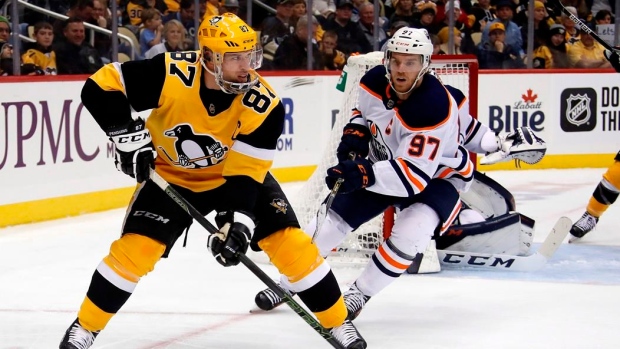 Team Canada general manager Doug Armstrong is looking to build a complete team that can play "an NHL-style game" for the 2022 Winter Olympics.

Speaking to TSN Hockey Insider Pierre LeBrun in The Athletic on Thursday, Armstrong said being a top offensive player may not guarantee a spot on the roster.

“The white noise can’t overtake what we’re doing,’’ Armstrong said. “You’re doing everything you can do with the Hockey Canada/Team Canada hat on. And personal relationships and personal biases have to go out the window for everyone involved. Also, you have to continually reinforce that you’re building a team that can compete in an NHL-style game, not a team that can compete in an All-Star Game.

“So, it’s not just taking the top eight scoring defencemen, the top eight scoring forwards, and saying okay, ‘They’ll figure it out.’ You need a team. I think that’s what (2010 and 2014 general manger) Steve (Yzerman) and Hockey Canada have done for a number of events, is to make sure you try to check off all the boxes that make you a good team.’’

Armstrong and Canada's management team is currently working to zone in on their roster from the 50 players and six goaltenders named to a long list last month. While the list won't be made public, Calgary Flames winger Andrew Mangiapane confirmed his place on it earlier this month and Sidney Crosby, Connor McDavid, and Alex Pietrangelo were named to the team in October after the NHL and NHLPA requested three provisional NHL players be named by each country taking part.

LeBrun reported last month Canada was given an exemption to name six goaltenders to their long list due to uncertainty surrounding Carey Price's status. As a result, Darcy Kuemper, Carter Hart, Marc-Andre Fleury, Mackenzie Blackwood and Jordan Binnington were put on the list, in addition to Price.

Armstrong admitted Thursday that the goaltending position remains a question mark for Canada.

“I would say it’s fluid,’’ Armstrong said. “All the guys on the list have played some spectacular games and also played, you know, some games that were more normal. I think Hockey Canada has had one or two goalies that were in the top five in the league year in and year out for a couple of decades or longer.

“Right now, yeah, it’s a situation where we’re certainly not as concrete in my opinion as Russia would be, for example. There are certain countries that are very concrete in their goaltending, and we’re not one of them.’’

Canada has won gold at three of the past four Olympic tournaments that included NHL-players, missing the podium entirely at Turin 2006.