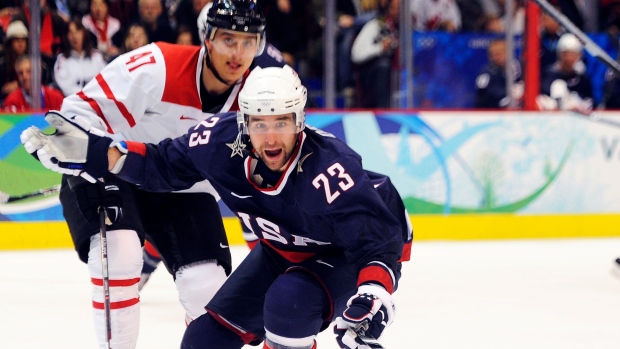 Ron DeGregorio, Chris Drury, Angela Ruggiero and Mathieu Schneider have been selected for U.S. Hockey Hall of Fame's class of 2015.

The official induction ceremony is slated for Dec. 17 at the Renaissance Boston Waterfront Hotel in Boston, Mass.

“This class is extraordinary and has had an extremely positive and wide-ranging impact on our sport,” Jim Smith, president of USA Hockey, said. “The members of this Class represent the very best of our sport and we look forward to welcoming them as the 43rd class of the U.S. Hockey Hall of Fame officially in December.”

DeGregorio (Salem, N.H.) has been a part of hockey in the United States for more than four decades, leaving his biggest impact with the creation of the National Team Development program (USNTDP).

Drury (Trumbull, Conn.) played 12 seasons in the NHL with the Colorado Avalanche, Calgary Flames, Buffalo Sabres and New York Rangers. He won the Calder Trophy as the league's top rookie in 1999 and won a Stanley Cup with the Avs in 2001.

Ruggiero (Simi Valley, Calif.) is one of women's hockey's most notable names as a four-time Olympic medalist (One gold, two silvers, one bronze) and three-time world champion. She also holds the record for most games played (256) on the women's team.