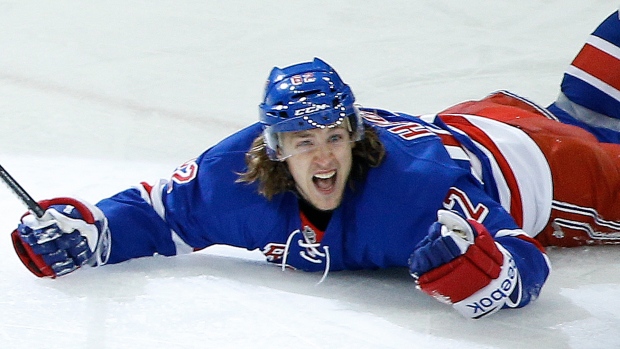 The Anaheim Ducks have signed left wing Carl Hagelin to a four-year contract.

According to the Orange County Register's Eric Stephens, the deal carries an average annual value of $4 million.

His previous deal carried an AAV of $2.25 million. He was a restricted free agent.

The Ducks acquired him at the 2015 NHL Draft in a deal that sent Emerson Etem to the Rangers along with draft picks going to both teams.

Originally selected in the sixth round (168th overall) of the 2007 NHL Entry Draft, Hagelin has spent his entire four-season NHL career with the Rangers, scoring 58 goals and 72 assists in 266 games.

He has appeared in 73 post-season games over those four seasons, scoring 12 goals and 14 assists and appearing in the 2014 Stanley Cup Final.