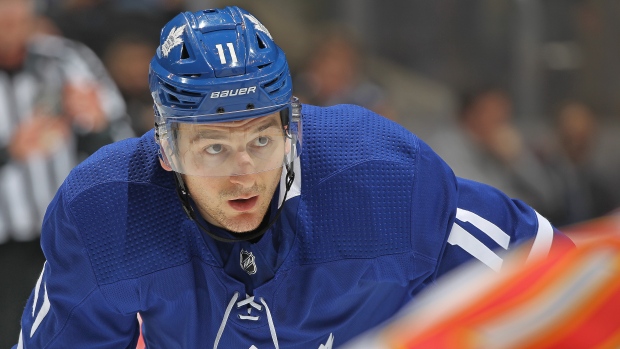 The Edmonton Oilers have signed winger Zach Hyman to a seven-year contract worth $38.5 million, the team announced on Wednesday.

TSN Hockey Insider Darren Dreger reports that the deal has some bonus structure included and a no-move clause for the first five years followed by a modified no-move in the last two years.

Hyman signing in Edmonton will be 7 years, $5.5 mil aav. Some bonus structure included. No move clause for first 5 years and modified no move in last two years.

Dreger also reports that the Oilers offered the Leafs two draft picks, including one in the first five rounds to complete a possible sign and trade deal, but the Leafs declined.

It’s believed the Oilers offered Toronto two draft picks, including one in the first 5 rounds as compensation for a potential sign and trade. However, the Maple Leafs obviously declined. https://t.co/GCUVpYXWt7

Hyman, 29, is coming off a four-year, $9-million contract he signed with the Toronto Maple Leafs in 2017. He scored 15 goals and tallied 33 points in 43 games with Toronto last season.

Hyman, drafted 123rd overall by the Florida Panthers in 2010, was traded to Toronto in June of 2015 for centre Greg McKegg after opting for free agency.

He has 86 goals and 185 points in 345 regular-season games with the Maple Leafs as well as five goals and 13 points in 32 playoff games.