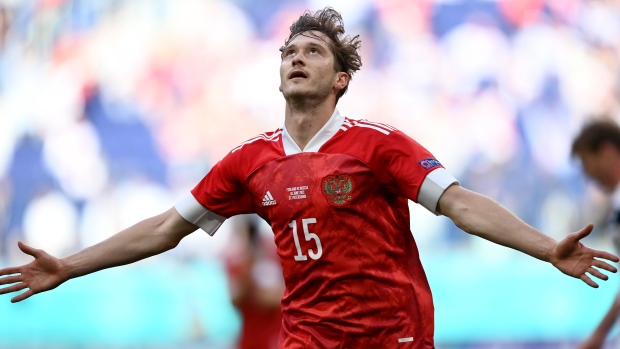 Russia got its Euro 2020 campaign back on course with a 1-0 win over Finland in St. Petersburg in Group B action.

Aleksei Miranchuk's first-half stoppage goal was the difference between the two sides.

The match's only goal came with a delightful give-and-go between Miranchuk and Artem Dzyuba. After a period of extended pressure from Russia, Miranchuk played a one-two with Dzyuba just inside the area before delivering a fine strike into the top right corner of the net and past Lukas Hradecky.

Hradecky was kept busy a number of times during the match, putting up an impressive performance.

Finland's quest for an equalizer during the second half was mostly in vain with Russia capably repelling any movement forward.

The result leaves both sides with everything to play for heading into their last matches of the group stage.

Both teams now at 1-0-1, Russia takes on Denmark on Matchday 3, while Finland will take on Belgium.

The Danes take on Belgium in Copenhagen on Thursday.