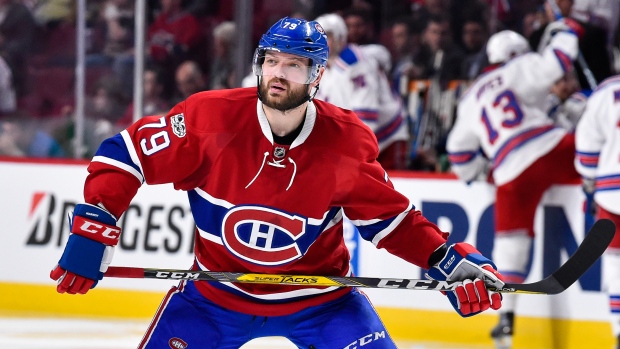 It appears Andrei Markov will not be taking part in 2018 Winter Olympic Games in Pyeongchang.

Markov was not on Russia's list of 42 players approved to be invited to the 2018 Olympic Games and therefore will not be a part of the final roster.

Markov was not one of the five players who were not invited by the IOC, meaning Russia did not have him on their initial list of 47 players submitted to the IOC.

Markov left the Montreal Canadiens over the off-season and signed with Kazan Ak-Bars of the KHL. He has four goals and 28 points in 52 games this season.

He spent 16 NHL seasons with the Canadiens after being selected in the sixth round of the 1998 NHL Draft.

The Russian team will compete under a neutral flag at Pyeongchang 2018 with the official designation of "Olympic Athletes from Russia."

The Russsian Ice Hockey Federation will announce their roster on Thursday, with the following players approved to play: