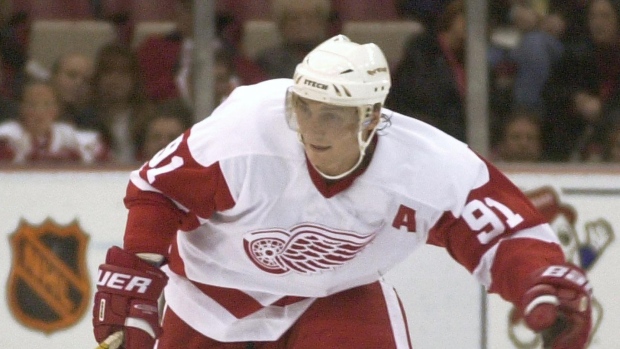 Sergei Fedorov won three World Championship titles and three Stanley Cups with the Detroit Red Wings. He finished his NHL career with 483 goals, 696 assists and 1,179 points, leading to his induction into the Hockey Hall of Fame in 2015.

Peter Bondra scored Slovakia's version of Paul Henderson's goal in 1972 when he scored the winning goal against Russia in the 2002 World Hockey Championship. Over his 16-year NHL career, Bondra scored 503 goals and added 389 assists for 892 points.

Valeri Kamensky is a member of the Triple Gold Club, winning three World Championships, an Olympic gold medal in 1988 in Calgary and a Stanley Cup with the Colorado Avalanche in 1995-96.

Ville Peltonen participated in four Olympic Games, 13 World Hockey Championships, two World Cups over his 22-year career. The highlight of his career came in 1995 when he scored three goals in the gold medal game against Sweden, helping Finland win its first world title.

The late Pat Quinn won gold at the following events: Under-18, World Junior Hockey Championship, the Olympics and World Cup. He also won bronze at the 1986 World Championship, making him the only coach to win at five different levels of play.

Ben Smith’s rose through the coaching ranks in American men's college hockey before taking over the women's national team, winning Olympic gold in 1998 in Nagano and a World Hockey Championship in 2005.

Hungarian forward Gabor Ocskay is the recipient of the Richard “Bibi” Torriani Award, and Nikolai Ozerov has been given the Paul Loicq Award.