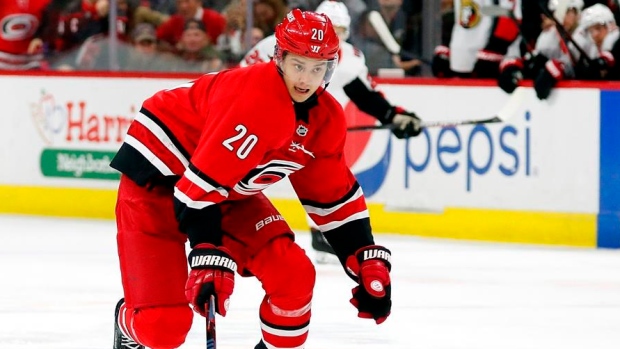 The three were named after the NHL and NHLPA requested three provisional NHL players be named by each country taking part. The final rosters for each team will be announced in January.

Aho, 24, had 24 goals and 57 points in 56 games with the Carolina Hurricanes last season, adding six goals and 11 points in 11 playoff games. He scored a career-high 38 goals with the Hurricanes in 68 games during the pandemic-shortened 2019-20 season.

Barkov, who serves as captain of the Florida Panthers, had 26 goals and 58 points in 50 games last season. The 26-year-old was named the winner of the Selke Trophy in June as the league's best defensive forward. He is the only member of three to have taken part at a previous Olympics, winning bronze at Sochi 2014.

Rantanen, 24, had 30 goals and 66 points in 52 games last season with the Colorado Avalanche. He continued to produce above a point-per-game in the playoffs, with five goals and 13 points in 10 games.

All three players were ranked in TSN Hockey's Top 50 players on Wednesday, with Barkov checking in at No. 10, Rantanen at 19th and Aho ranked 22nd.