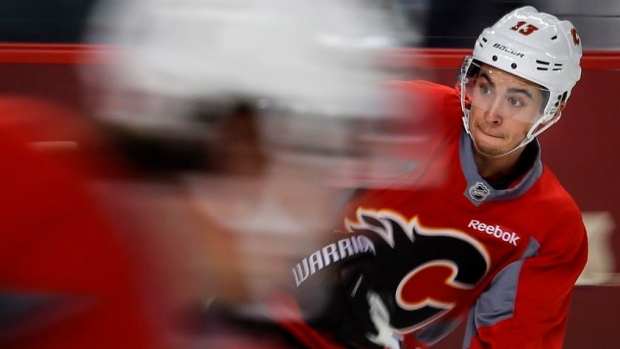 Calgary Flames forward Johnny Gaudreau fractured a finger in a 1-0 win over the Minnesota Wild on Tuesday, the team confirmed. The team also announced that he will have surgery later Wednesday to repair the damage.

Update: Gaudreau suffered a fractured finger in last night’s game against Minnesota & will have surgery later today to repair the injury.

Gaudreau left the game twice after scoring the lone goal on Tuesday night.

Gaudreau, who scored his third goal in as many games before the injury, had five goals and 11 points in 17 games this season.