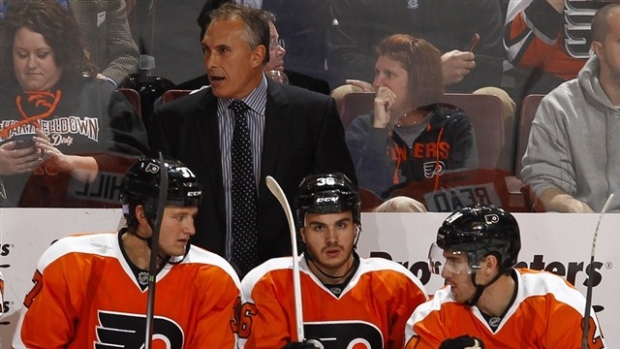 General manager Ron Hextall said this week he had not decided on Berube's fate following a season in which Philadelphia missed the playoffs. The Flyers announced the decision Friday.

He spent six seasons as a Flyers assistant. He was with the organization as a player, assistant coach and head coach for 18 seasons, doing all three with both the Flyers and Phantoms.

Philadelphia went 42-27-10 under Berube last season and lost a seven-game playoff series to the New York Rangers. The Flyers players gave, at best, lukewarm reviews this week of Berube following a 33-31-18 (84 points) season.