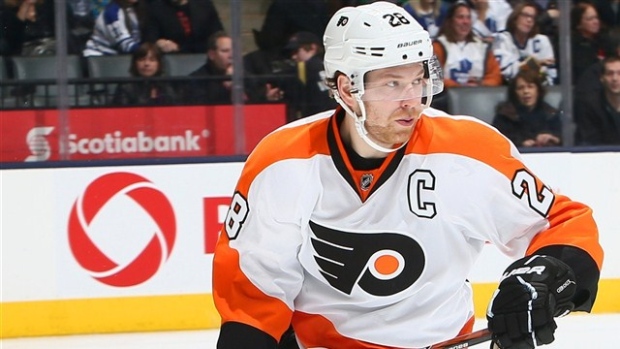 The Philadelphia Flyers will be without centre Claude Giroux for Wednesday's game against the New York Rangers.

General manager Ron Hextall said that Giroux suffered a lower-body injury during Monday's practice. In terms of a timeline for his return, Hextall told media, "I believe it'll be days as opposed to weeks."

The Hearst, Ontario native has five goals and 16 assists in 16 games for the Flyers this season.