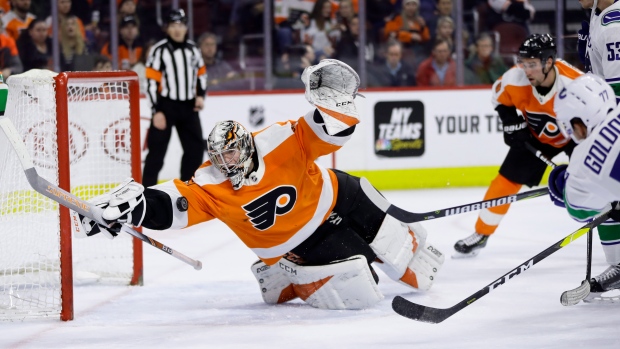 The Philadelphia Flyers will be without the services of rookie goaltender Carter Hart for a minimum of 10 days with a lower-body injury, the club announced on Saturday morning.

#Flyers goaltender Carter Hart has a lower-body injury and is expected to be out a minimum of 10 days. pic.twitter.com/b69WLB2CDv

While Hart's play has been sterling at times since he was called up from Lehigh of the American Hockey League, Hart has been pulled in his last two starts and replaced by Brian Elliott.

Elliott, 33, is set to start against the Pittsburgh Penguins in their outdoor Stadium Series game at Lincoln Financial Field, the home of the Eagles, on Saturday night.