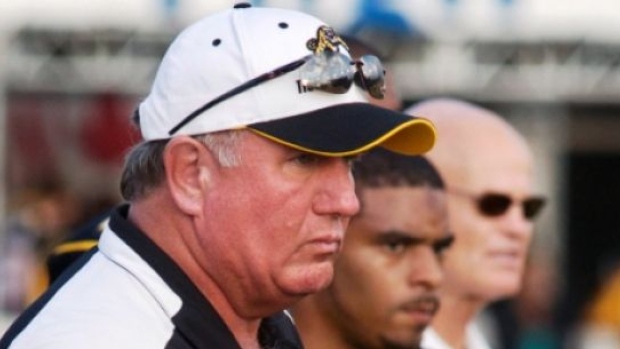 TORONTO — Charlie Taaffe, who twice was the CFL's coach of the year with the Montreal Alouettes, has died. He was 69.

Taaffe, a native of Albany, N.Y., served as Montreal's offensive co-ordinator in 1997-98 before being promoted to head coach in 1999. He compiled a 25-14 in two seasons as the Alouettes head coach, leading the team to consecutive first-place finishes in the East Division and a Grey Cup berth in 2000.

Taaffe captured the Annis Stukus Trophy as the CFL's coach of the year both seasons, joining the legendary Marv Levy as the only Montreal coaches to do so. He left to become the offensive co-ordinator at Maryland in 2001 and later held the same post at Pittsburgh (2006).

Taaffe returned to the CFL as head coach of the Hamilton Tiger-Cats in 2007 but was fired during the '08 campaign.

Prior to joining the Alouettes, Taaffe was the head coach at The Citadel (1987-1996), compiling a 55-47-1 record. In 1992, he captured the Eddie Robinson Award after leading the team to an 11-2 record before losing Youngstown State in the quarterfinals.

Taaffe led The Citadel to three Division I-AA playoff appearances. He was also the offensive co-ordinator at the University of Central Florida (2009-14).