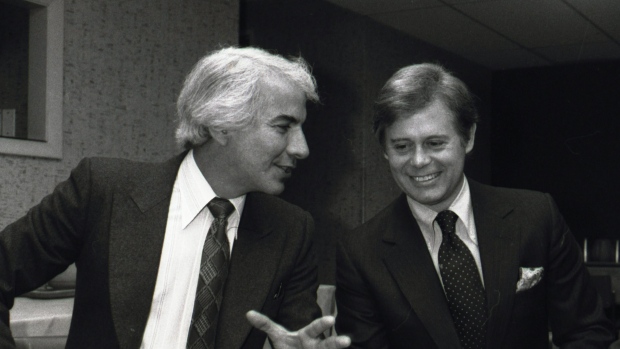 John Ziegler - the fourth president of the National Hockey League who served in the role from 1977 to 1994 - has died at the age of 84.

The NHL confirmed his passing on Thursday in a release.

A native of Grosse Pointe, Mich., Ziegler oversaw the expansion of the league from 18 teams to 24, including the four clubs that joined from the now-defunct WHA in 1979.

Under Ziegler, the number of European-born NHLers rose from two per cent to 11 per cent, including the first Russian players to play in the league.

"The NHL family was saddened to learn of the passing of former League President John Ziegler," current commissioner Gary Bettman said. "On a personal note, John provided invaluable counsel during my early days as Commissioner and was always generous with his time. His life of service to our game was recognized in 1984 with the awarding of the Lester Patrick Trophy and in 1987 with induction into the Hockey Hall of Fame. On behalf of the NHL's Board of Governors, we extend our deepest sympathies to his entire family and many friends."

Having graduated from Michigan's law school, Ziegler joined the Detroit Red Wings front office in 1959 to do legal work. He rose up the team's ranks, serving as the club's vice-president and an alternate governor on the NHL's Board of Governors. He was elected chairman of board in 1976.

In 1979, Ziegler was instrumental in a deal that saw the Quebec Nordiques, Winnipeg Jets, Hartford Whalers and Edmonton Oilers join the NHL from the WHA.

He was elected to the Hockey Hall of Fame in 1984 in the Builders category.

Following his retirement from the NHL, Ziegler continued to work at a Detroit-area law firm and served as an alternate governor for the Chicago Blackhawks.