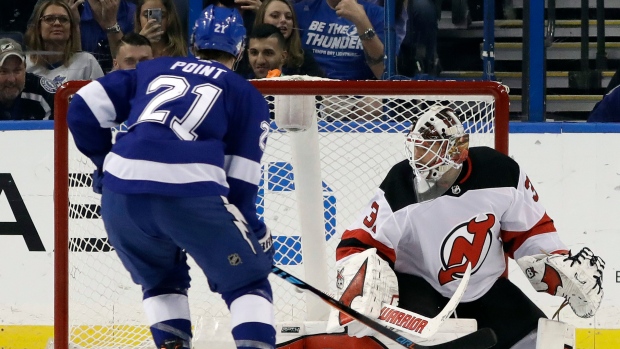 Eddie Lack isn't ready to hang up his skates just yet, but the goaltender is temporarily moving into coaching as he recovers from hip surgery.

"Dear fans and friends, my body won't allow me to play professional hockey at this time," Lack posted in a statement on Twitter. "I still have a ways ahead of me in PT regarding my hips. Injuries are tough and I'm going to keep working hard daily, but I've been playing through hip pain the last 6 years, and with PT now I need to make sure I give myself the preparations I need to play at an NHL level again.

"In the meantime, because I'm not healthy enough to play or sign right now, I am happy to announce I will be the new goalie coach at Arizona State University. I love the game and I'm excited to share some of the knowledge I've gained in my professional career. Thank you for your support and #forksup."

Update on my career. Thank you pic.twitter.com/n9piLTDLun

The 31-year-old appeared in six games with the AHL's Binghamton Devils last season before being shut down in December after undergoing surgery to repair a torn labrum in his left hip. He had a 2-4 record with a .863 save percentage and a 4.10 goals-against average before the surgery.

Lack, who appeared in 82 games with the Vancouver Canucks from 2013-15, last played in the NHL in 2017-18, appearing in four games with the New Jersey Devils.