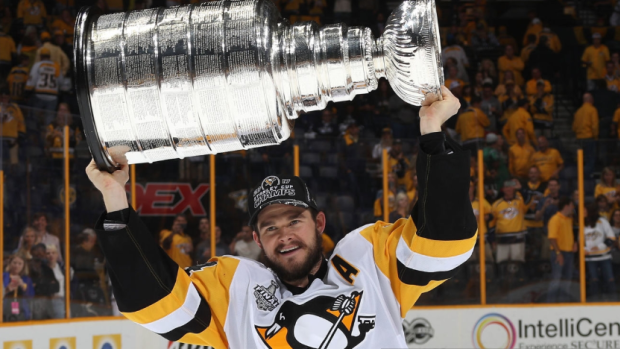 Chris Kunitz is hanging up his skates.

Kunitz, who scored five goals and posted 10 points in 56 games in his first year with Chicago this past season, will remain with the Blackhawks, joining the team's hockey operations department as a player development adviser.

The 39-year-old ends his playing career with 268 goals and 619 points in 1,022 NHL games. He added 27 goals and 83 points in 178 playoff games over the course of his career, missing the postseason on just four occasions.

"I feel very fortunate to have been a part of four amazing organizations over the last 15 years," Kunitz said Tuesday. "First and foremost, I'd like to sincerely thank the Anaheim Ducks, the Pittsburgh Penguins, the Tampa Bay Lightning and the Chicago Blackhawks. Every one of these organizations was the ultimate example, not only to me, but to my children, on what true professionalism should be.

"Secondly, I'd like to thank the owners, coaches, trainers, management. Your love for the game, the team and the community was exemplified daily. I am very fortunate to have worked with every one of you.

"Finally, to my teammates, thank you for everything. As a young player you taught me to give my very best. Your leadership helped mold me into the player I knew I could be. I was given the opportunity to play with the very best teams and the very best players and I'm grateful for the laughs and the friendships that we shared together. Thank you for making my childhood dream come true."

Kunitz won his first Stanley Cup with the Anaheim Ducks in 2007 before hoisting the Cup again in 2009 with the Pittsburgh Penguins. He was then a part of the Penguins' back-to-back championships in 2016 and 2017.

He won gold with Team Canada at Sochi 2014, posting one goal in six games at the Olympic Games.