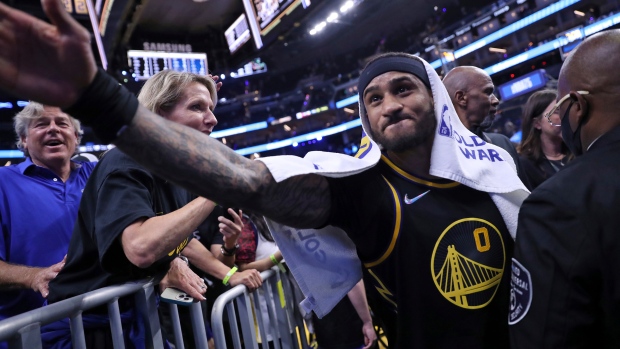 Charania adds Payton could return as early as Game 1, which is scheduled to begin next Thursday evening.

The news comes after Payton was injured in a scary fall in Game 2 of their second-round series against the Memphis Grizzlies on May 3. In the first quarter, Payton slashed to the basket and was shoved by Memphis' Dillon Brooks while airborne, landing with his left elbow folding awkwardly underneath him.

Brooks was assessed a flagrant two penalty while Payton left the game and did not return. The Canadian was also suspended for Game 3 and was booed heavily by fans in San Francisco during his return in Game 4.

Payton, the son of Hall-of-Fame point guard Gary Payton, appeared in 71 games for the Warriors during the regular season, scoring 7.1 points per game on 61.6 per cent shooting.

This was his second season with the Warriors after stints with the Milwaukee Bucks, Los Angeles Lakers and Washington Wizards.

The Warriors will play the winner of the Eastern Conference Finals between the Boston Celtics and the Miami Heat where the Celtics currently hold a 3-2 series lead with Game 6 scheduled to go Friday night in Beantown.