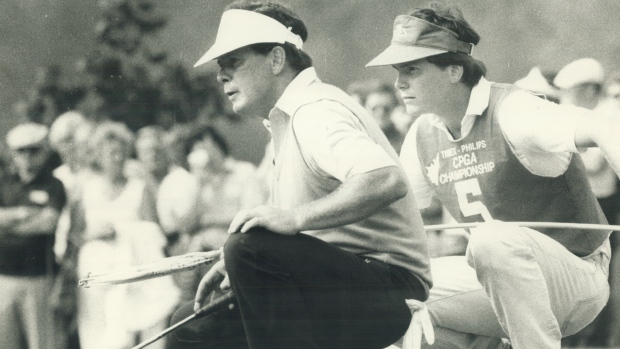 Golfer Jerry Anderson was unforgettable, leaving an indelible mark on the sport in Canada.

The Canadian golf community mourned Anderson's passing on Sunday after PGA Tour Canada announced that he had died at the age of 62.

Born in Montreal, Anderson became the first Canadian to win on the European Tour after he shot a 27-under par at the Ebel European Masters – Swiss Open in 1984. That performance elevated the visibility of golf in Canada and inspired a generation of golfers in this country.

"Myself and guys that were coming up, the likes of Mike Weir and Jim Rutledge, a lot of those guys, we were well aware of Jerry's accomplishments," said Ian Leggatt, who won the PGA Tour's Tucson Open in 2002. "Jerry's career was finishing as mine was starting and I got to play a lot with Jerry on the Canadian Tour in the early days.

"He was just always supportive. He was quiet but at the same time he had an incredible amount of talent."

"The players on the European Tour are the equivalent of the PGA Tour, so for his record to hold up for almost 20 years and for Ernie Els to top it, that's fantastic," said Kevin Thistle, the CEO of PGA Canada.

"If he did those accomplishments starting today and for the next 20 years, first of all, he'd be a household name, second of all, he'd be rich beyond his wildest dreams," said Thistle. "It's like the NHL in the 1960s and 70s. He was ahead of his time."

"He was his own man," said fellow Canadian golfer Richard Zokol, who played with Anderson on the PGA Tour in the early 1990s. "He believed in himself, he persevered, and he climbed the ladder by himself. That's always very impressive."