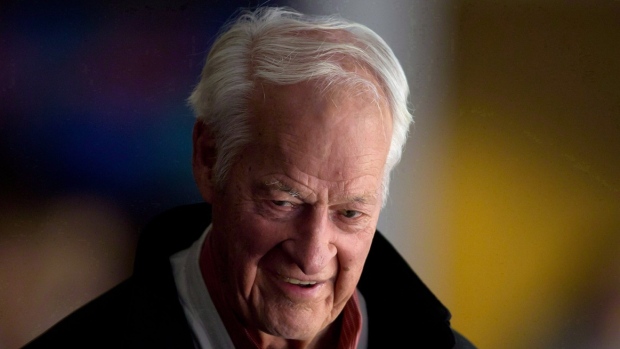 REGINA — There was a tribute in the Saskatchewan legislature Monday for the man known as Mr. Hockey.

Government house leader Ken Cheveldayoff told the assembly that Gordie Howe was known as a humble man, but when the puck dropped, he was a fierce competitor.

Cheveldayoff joked that hockey fans everywhere know what a Gordie Howe hat trick is — a goal, an assist and a fight in the same game.

Cheveldayoff also noted that Howe always made a point to talk to fans and sign autographs.

Howe, who was raised in Saskatoon, died Friday at the age of 88.

Flags in Saskatoon and at the Saskatchewan legislature were lowered to half-mast in his honour and will stay that way until his funeral in Detroit on Wednesday.

In June 2010, Mr. Hockey became Dr. Hockey when he received an honorary law degree from the University of Saskatchewan in Saskatoon.