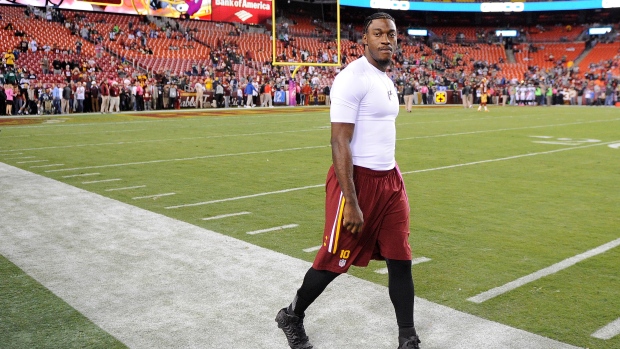 ASHBURN, Va. - Washington quarterback Robert Griffin III has received medical clearance to return from a concussion he sustained just over three weeks ago and is probable for Sunday's season opener against Miami.

Coach Jay Gruden, speaking after Friday's practice, didn't say whether Griffin or Colt McCoy will back up starter Kirk Cousins against the Dolphins. He says the Redskins received written clearance for Griffin's return on Thursday.

On Wednesday, Gruden said the team had received a "verbal" report this week from the doctor who examined Griffin since he was injured Aug. 20 against Detroit.

Neurologist Robert Kurtzke originally advised the team Griffin could return to play in an Aug. 29 preseason game against Baltimore. But he reversed course in a written statement issued the day before the preseason game.