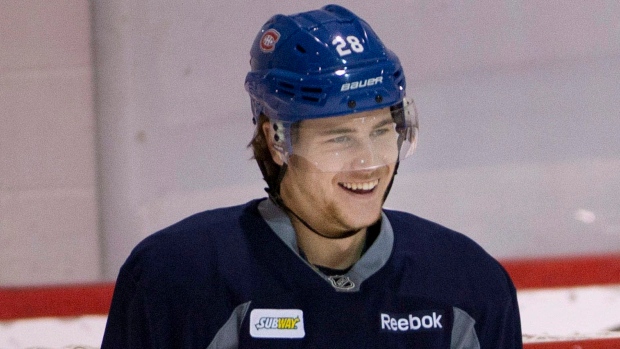 The Montreal Canadiens will be without defenceman Nathan Beaulieu for the remainder of the first round series against the Ottawa Senators.

#Habs just advised that Nathan Beaulieu will be out for the remainder of the series against the #Senators (upper body injury).

The 22-year-old blueliner has averaged better than 12 minutes per game in the 2015 Stanley Cup Playoffs and registered one assist in the series opener.

He is expected to be replaced in the line-up by 24-year-old Greg Pateryn.

Both the Canadiens and Senators were keeping a close eye on injuries during the additional off-day they were afforded Tuesday between Sunday's Game 3 and Wednesday's Game 4.

The Senators had a trio missing when practice began, including star rookie Mark Stone and captain Erik Karlsson.

Cody Ceci did join practice, he was simply absent to start the day. However, no explanation was given for the other absences early on Tuesday.

The Senators, however, are expected to make at least one change up front for Game 4, with centre Zack Smith drawing in for David Legwand on the fourth line.

Smith confirms he will play centre in game 4.

No decision was yet made on the Senators' goaltending situation, though.

After Andrew Hammond started and lost the opening two games of the series, Senators head coach Dave Cameron turned to veteran netminder Craig Anderson for the series' return to Ottawa on Sunday.

Dave Cameron says he has not made up his mind on starting goalie for Game 4. Will announce tomorrow.