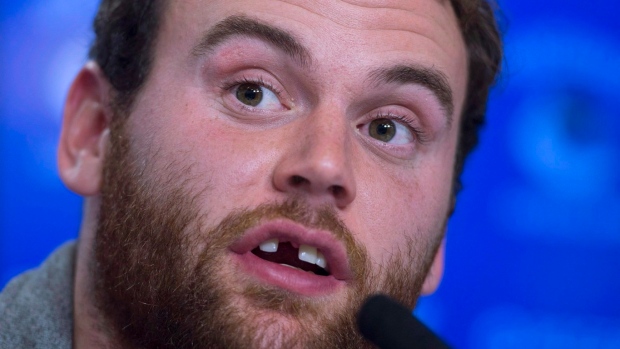 BROSSARD, Qc - Forward Zack Kassian, returning from a stint in substance abuse rehab, cleared waivers and was assigned to the St. John's IceCaps of the American Hockey League, the Montreal Canadiens announced Wednesday.

There was no immediate word on whether he will report and what his future in the Canadiens organization will be.

If he stays, he is not likely to play for at least 10 days. After a game Wednesday night against the Albany Devils, the IceCaps will be off until Dec. 26., when they play host to the Toronto Marlies.

Canadiens coach Michel Therrien gave no indication of the team's plans for the 24-year-old right winger, but it didn't sound promising.

"Honestly, he's not my priority," said Therrien. "There are a lot of players ahead of him in our organization."

Kassian was placed on waivers on Tuesday after the NHL and the NHL Players Association announced that he had completed stage two of its substance abuse and behavioural health program and was now in the follow-up care phase. He was cleared to return to play.

He was placed in the program following an early morning single car accident on Oct. 4 in which he suffered a fractured foot and broken nose. Two others in the vehicle suffered minor injuries.

The Canadiens acquired Kassian from the Vancouver Canucks for veteran Brandon Prust this summer. He has yet to play a regular season game for Montreal.

The physical winger has 35 goals and 31 assists in 198 career NHL games.