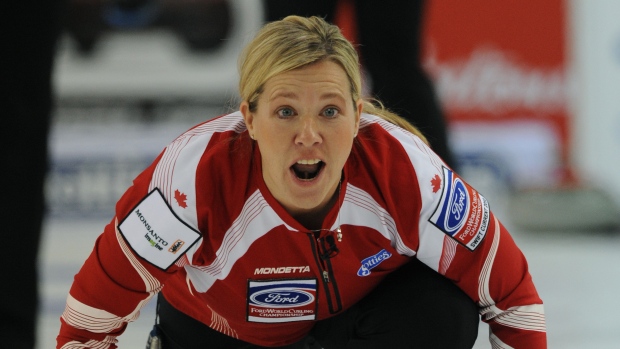 Five-time Scotties Tournament of Hearts champion Cathy Overton-Clapham is stepping away from her playing days and will coach Jamie Sinclair's Minnesota rink next season.

🚨 ANNOUNCEMENT 🚨 Welcome to the team Cathy! We are thrilled to have you join Team Sinclair as head coach! @overtonclapham pic.twitter.com/RBiMdsHGOR

The 50-year-old joins a young squad led by 27-year-old Sinclair who already has three national titles under her belt and was a win away from representing the United States at the 2018 Olympics in Pyeongchang, South Korea. Sinclair finished fourth at the 2018 world women's championship.

Overton-Clapham's playing career extends back to 1989 where she skipped her Manitoba team to a Canadian junior championship. From there, the famous third would go on to have one of the best careers in curling history, capturing five national titles (four with Jennifer Jones), a world championship in 2008, a silver medal at the 2017 Canadian Olympic trials playing for Chelsea Carey and nine Grand Slams.

The Winnipeg native most recently played with Laura Walker in Alberta last season.