The six-time Scotties Tournament of Hearts champion captured 17 of 31 first-place votes from a panel consisting of broadcasters, reporters and elite-level curlers. Jones also received 12 second-place votes and a single third and fourth-place vote for a total score of 361.

Following Jones is the great Sandra Schmirler of Saskatchewan who earned nine first-place votes and a total score of 296, thanks to a memorable career highlighted by an Olympic gold medal in 1998.

Coming in at No. 3 is Colleen Jones with four-first place votes and a score of 260. The Halifax native is tied with Jones for the most Scotties titles as a skip with six.

Cathy Overton-Clapham, the famous third who helped Jones win four of her Canadian championships, was the only other curler to grab a first-place vote, finishing fifth with a score of 107. 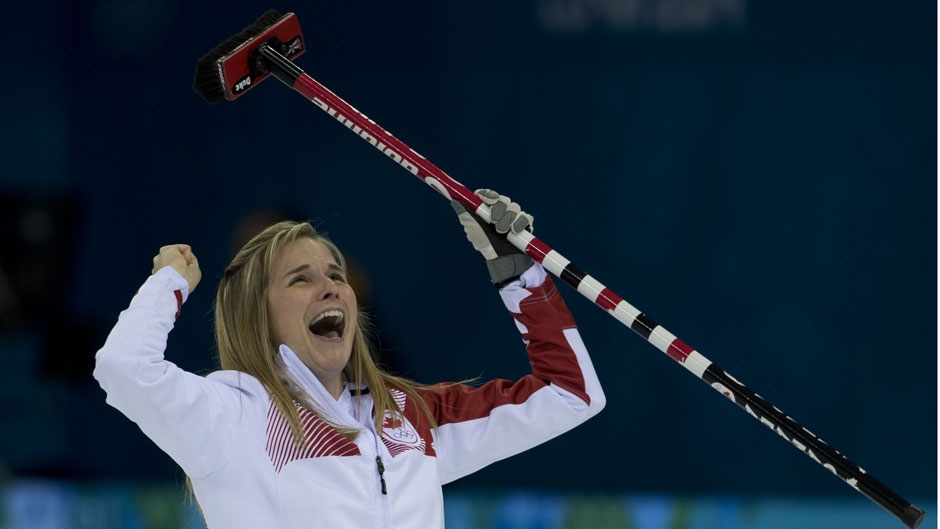 Topping the list of the Canada’s Greatest Curlers is Jennifer Jones. The Winnipeg curler has been at the forefront of women’s curling since winning the 1994 Canadian Junior title. She went on to make 13 trips to the Scotties Tournament of Hearts, reaching the top step of the podium six times. Her shot-making has produced many memorable moments but in 2005 she delivered what many believe to be curling’s greatest shot. Jones also has two world championship titles to her credit as well as nine wins in Grand Slam events. But perhaps the pinnacle of her career came in Sochi, Russia where she led her rink to a perfect record en route to the gold medal. 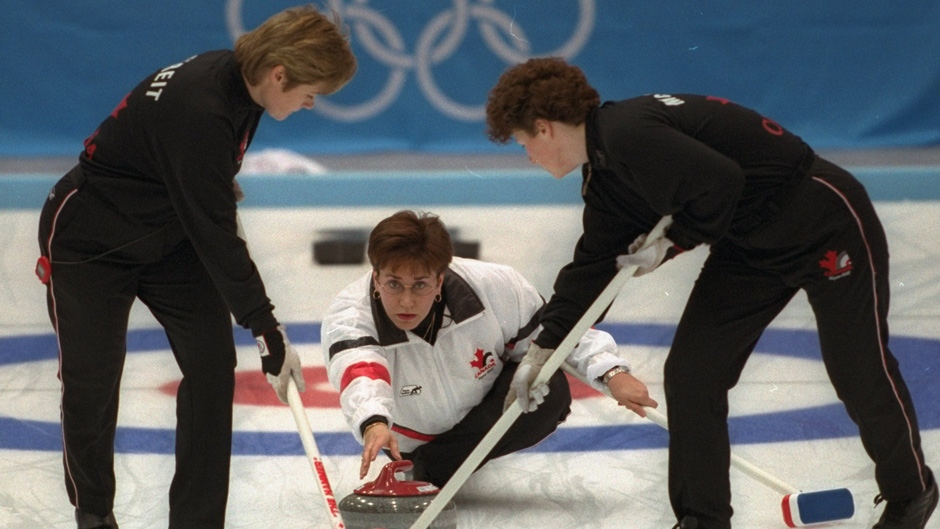 Sandra Schmirler, the second-ranked player, went from small town to top of the world in her remarkable curling career. The skip from Biggar, Saskatchewan won three Scotties titles and three world championships over a five-year period. Her biggest win, however came in 1998 in Japan when she led her team to the Olympic gold medal. Throughout her career, Schmirler had the ability to deliver the big shot at a clutch moment, often turning what appeared to be a sure loss into a stunning win. While cancer claimed her far too early at age 36, her legacy lives on through the Sandra Schmirler Foundation. 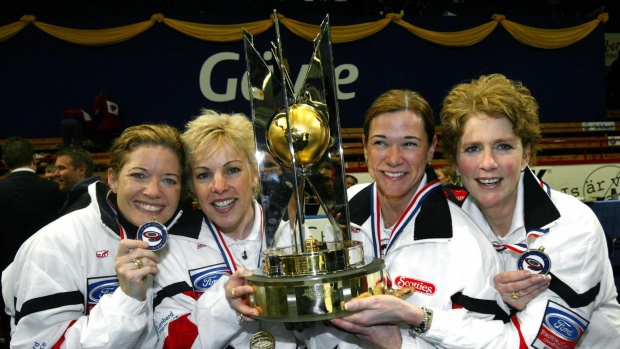 In third place is Colleen Jones, one of curling’s most decorated players. The Nova Scotia skip has won a record 138 Scotties Tournament of Hearts games in 21 – yes 21 – appearances. Jones won the event six times including another record of four consecutively. She went on to capture two world championships. Her record also includes wins in the Canadian Mixed, the Canadian Seniors and the World Seniors. 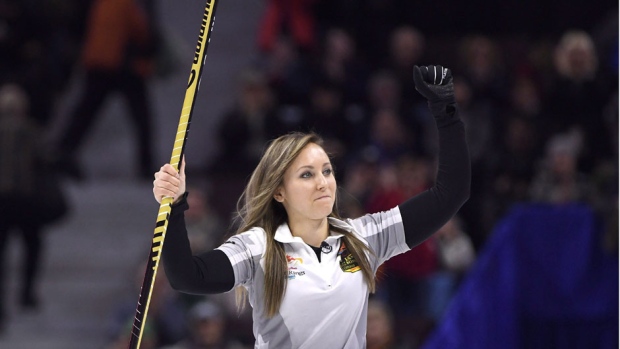 The fourth-ranked curler is skip Rachel Homan of Ottawa. Just 29, Homan has been racking up wins since her Little Rock days. Her resume includes wins in the Canadian Junior championship, the Canadian women’s championship, and the world championship. Homan also won the Canadian Curling Trials in 2017 and played in the 2018 Olympics. She can also lay claim to 10 Grand Slam titles. 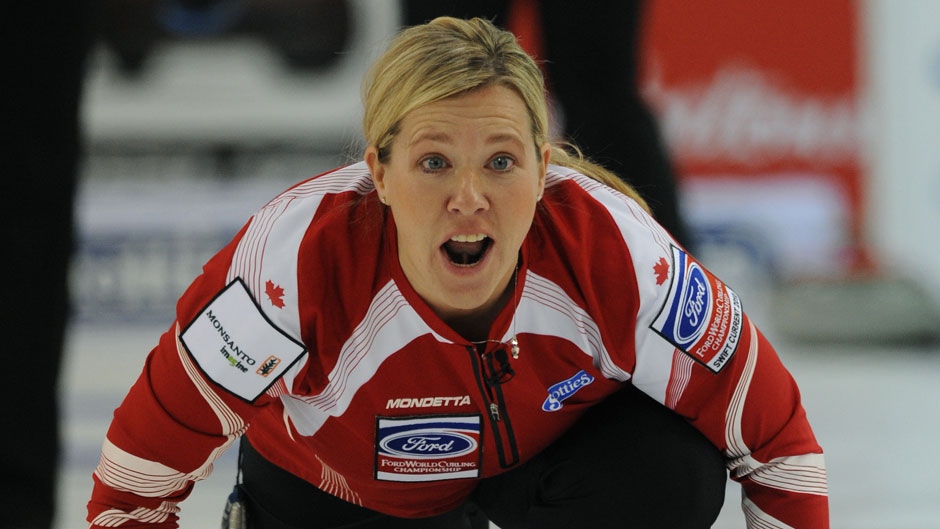 Cathy Overton-Clapham comes in fifth place – her career includes 12 trips to the Scotties Tournament of Hearts. In addition to winning five of those titles over a 15-year stretch, she was in the top three 10 times. Overton-Clapham has also won a world championship crown and six Grand Slam victories. 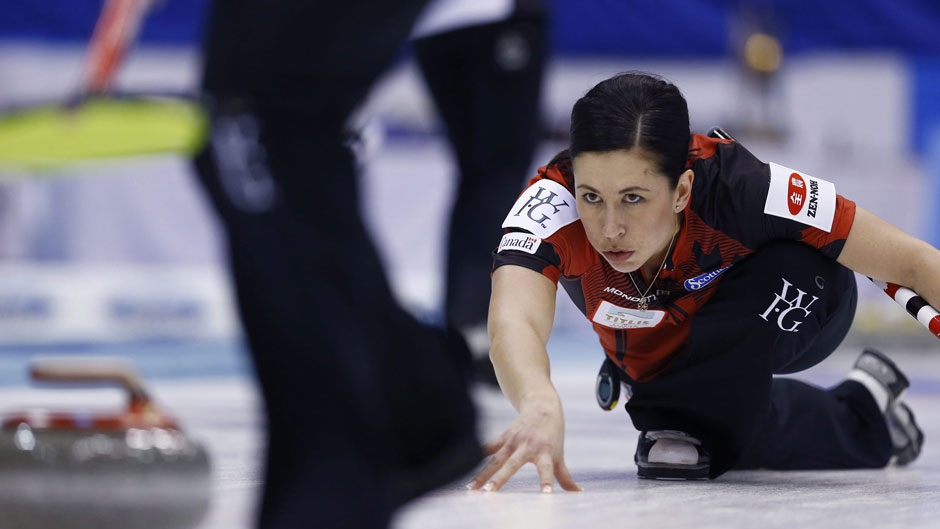 Another Manitoba curler is ranked sixth. Jill Officer is regarded as one of the best front-end players to ever throw a stone. The longtime second for Jennifer Jones made 12 appearances in the Scotties Tournament of Hearts, winning half of those. She’s also a world champion and an Olympic gold medallist. 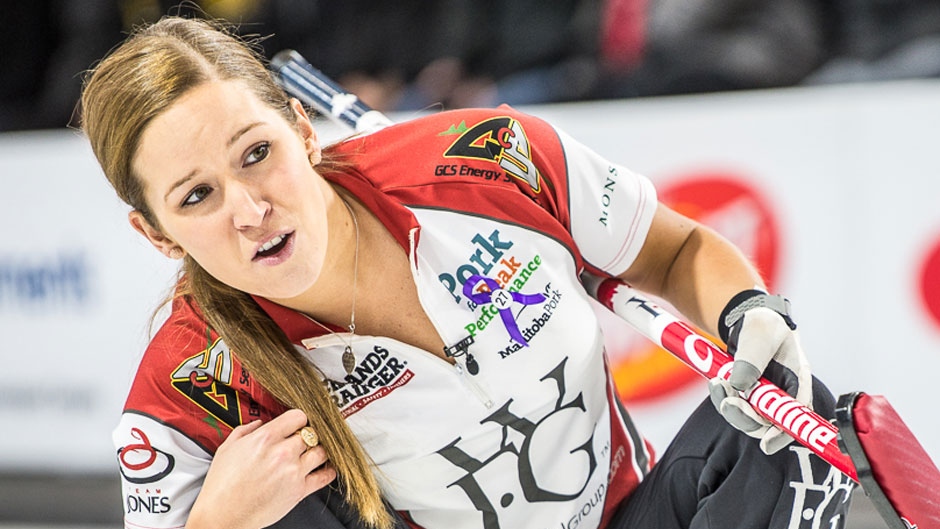 The seventh-ranked curler is Kaitlyn Lawes, who has won titles at every level and in multiple disciplines throughout her career. She is a Canadian junior winner, a Scotties winner, a world champion and a two-time gold medal winner, once as part of the Jennifer Jones team and another in mixed doubles with John Morris. 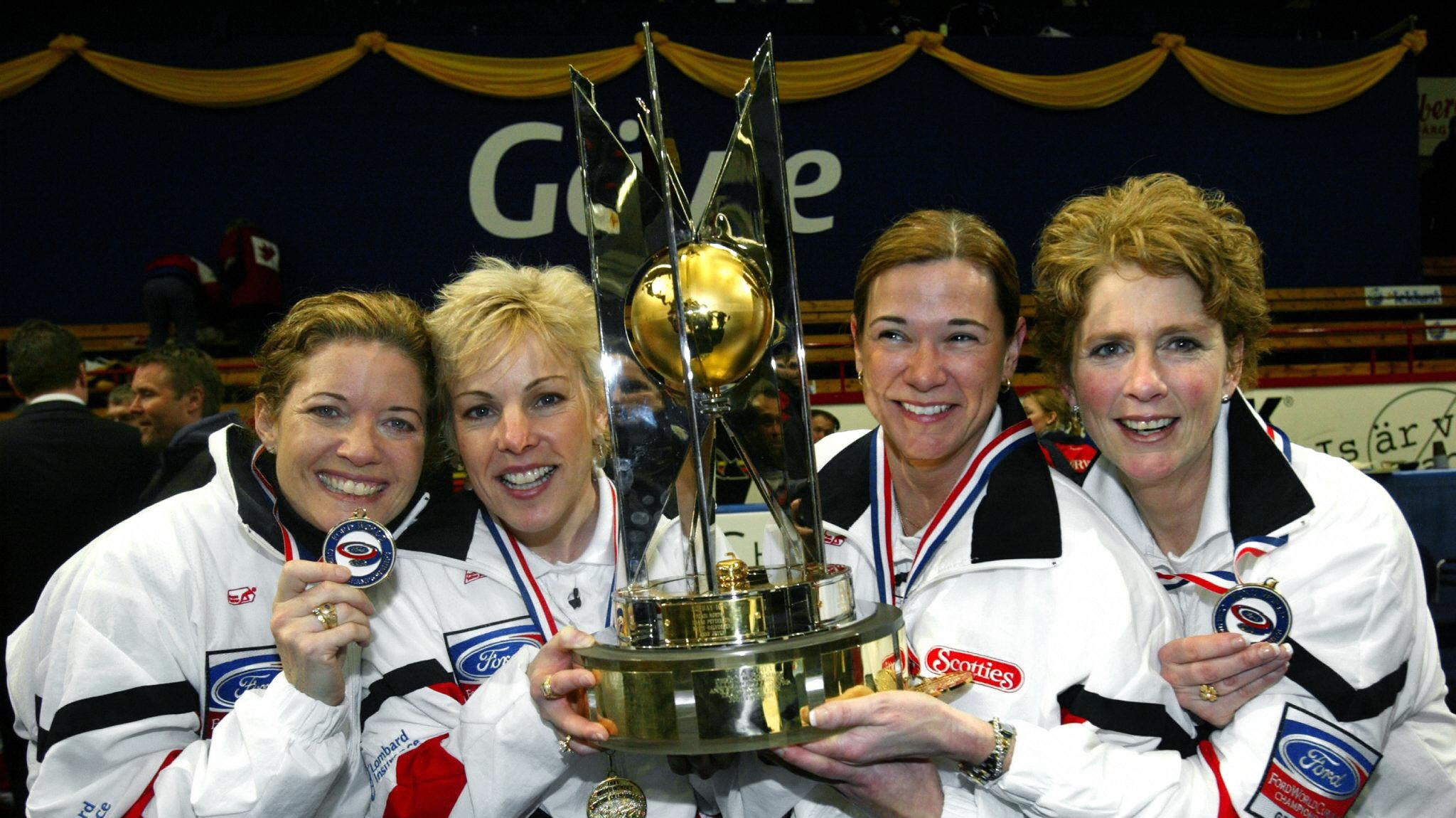 In eighth place is Kim Kelly of Nova Scotia. A five-time winner of the Scotties Tournament of Hearts, Kelly was the standout third player for the Colleen Jones team that dominated women’s curling in the early 2000s. Kelly is also a two-time world champion and a Canadian and world senior champion. 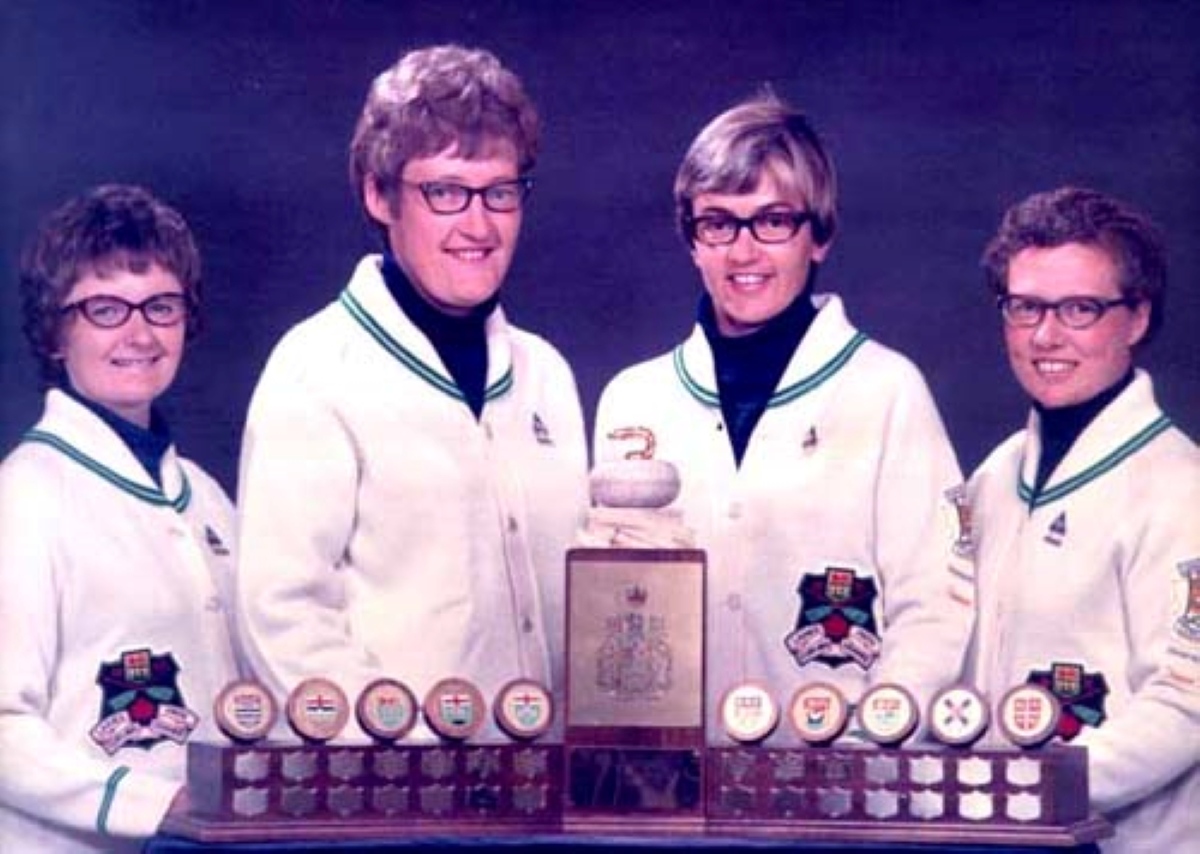 The ninth-ranked curler is Saskatchewan’s Vera Pezer. In a five-year span between 1969 and 1973, Pezer won four Canadian women’s curling titles. The first of those came while playing third for Joyce McKee while Pezer skipped the rink in the next three victories. An all-around athlete, Pezer, now the Chancellor at the University of Saskatchewan, also has a Canadian women’s softball title to her credit. 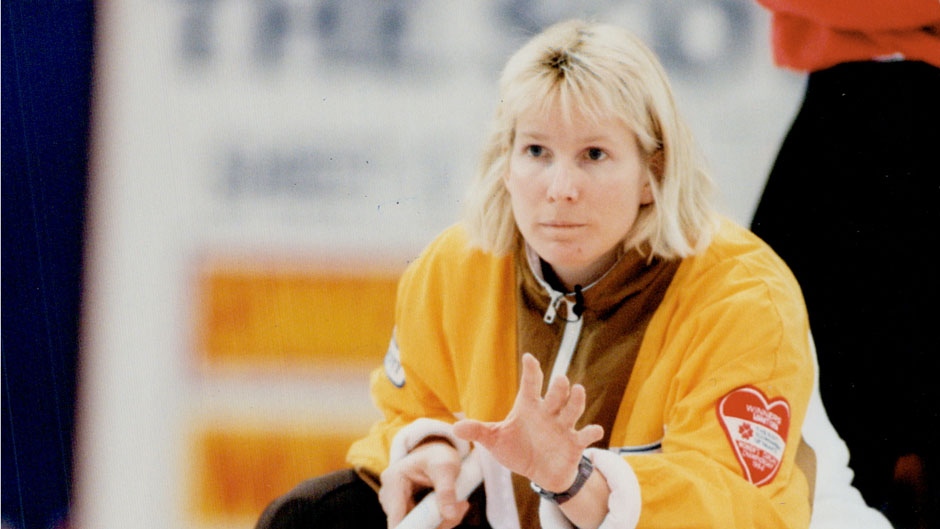 In 10th spot is Connie Laliberte. The Winnipeg skip played in seven Scotties Tournament of Hearts, winning on three occasions with her first and last victories 11 years apart. In 1984 she also led her Canadian team to the world championship, rolling to an 8-1 record in the round robin before blasting Switzerland 10-0 in the championship match.