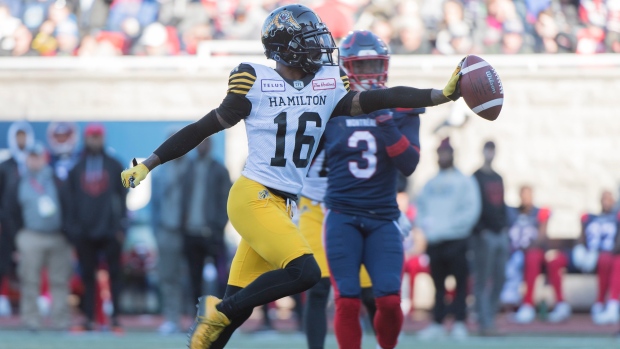 Reigning Canadian Football League Most Outstanding Player Brandon Banks said on Twitter Sunday that he won't put on a helmet until 2021.

TSN's Matthew Scianitti reported the Tiger-Cats won't comment on Banks' apparent decision to skip a potential 2020 season. Per Scianitti, the team is going to let the current negotiations between the CFL and CFLPA play out.

With #CFL self-imposed CBA discussions with #CFLPA deadline looming, #Ticats won't comment on Banks apparent decision to skip 2020. Ticats letting CFL/CFLPA discussions play out. I'm told: "Hamilton won't be commenting on it until we know something is going to happen this year." https://t.co/W3lGQzLnsB

"Hamilton won't be commenting on it until we know something is going to happen this year," per Scianitti.

The league has a self-imposed deadline of July 23rd to amend the CBA for 2020 and beyond. Earlier this month the league sent the players' association a proposal for a six-game season in a hub city, with Winnipeg currently the favourite, at pro-rated salaries.

Banks said in May he wouldn't feel comfortable playing this year if any plan of action couldn’t guarantee that players, and those around the CFL, will be safe.

“I don’t know what it’s going to take. I don’t know all the details of this virus and how you can keep the atmosphere safe," Banks said at the time.

"But, to be honest, for me to go and perform…without having to think about nothing else, I want everybody to be safe."

Banks was named the CFL's Most Outstanding Player last season after leading the league in receiving with 112 receptions for 1,550 yards and 13 touchdowns while adding another 283 yards and two touchdowns on missed field goal returns.

The Kansas State product has spent his entire CFL career with the Ticats, starring as both a receiver and kick returner. Banks was also named the 2015 Most Outstanding Special Teams Player and has been named a CFL All-Star four times (two on offence, two on special teams).