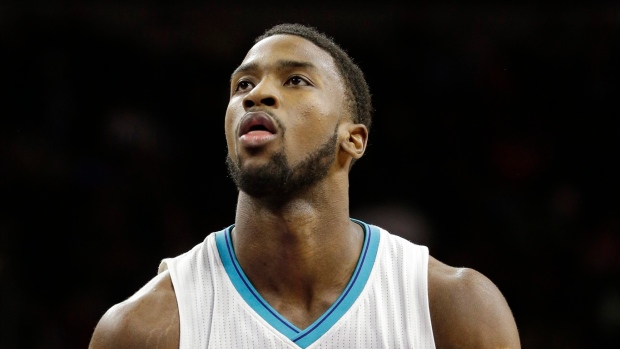 CHARLOTTE, N.C. - The Charlotte Hornets have announced that forward Michael Kidd-Gilchrist has been cleared for full-contact practice.

The team did not release a timetable for when Kidd-Gilchrist will play again.

The 6-foot-7 small forward suffered a torn labrum in his right shoulder on Oct. 3 in a preseason game at Orlando and underwent successful surgery three days later. He has participated in non-contact practice for the past two weeks.

The Hornets (19-22) have the fourth-worst record in the Eastern Conference, but remain only 2 1/2 games out of eighth place.