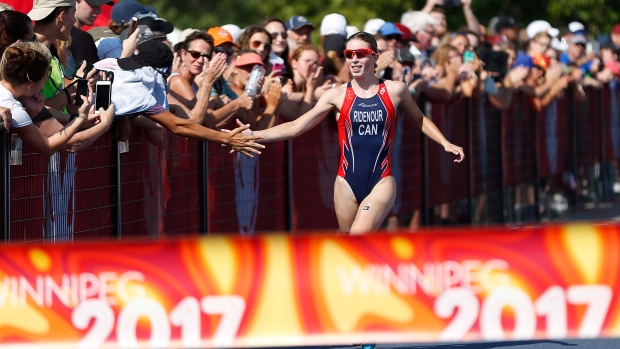 WINNIPEG — Intense heat at the Canada Summer Games is affecting athletes and competitions in Winnipeg.

Team New Brunswick tells CTV Winnipeg one of its athletes suffered heat exhaustion at a softball game Sunday, though by Monday the athlete was said to be feeling better.

Taylor Heald, a Team Manitoba discus thrower, says the heat wave has been a bit of a shock because the team trained in cooler temperatures.

On Monday, organizers and teams were working to keep athletes cool and hydrated at sporting events across the city.

At beach volleyball courts, athletes are being provided with ice towels and the sand was sprayed with water to keep it cool.

Volleyball players are also able to have a cold shower after stepping off the court and have access to an air-conditioned space.

Several venues have tents for athletes to sit in the shade.

Games organizers also tweaked the mountain bike course due to the heat, as they made the race course shorter for the men's event in the afternoon to keep athletes out of the intense afternoon heat.

The forecast is calling for a cooling trend starting Wednesday.