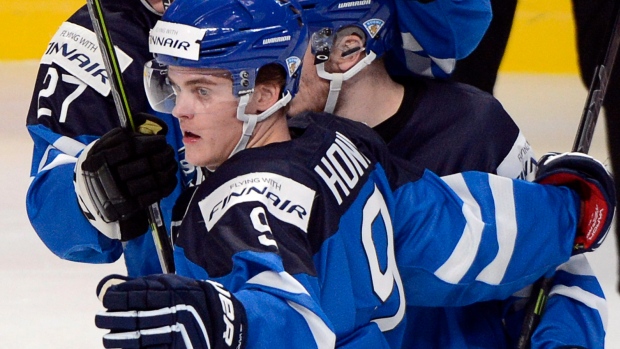 MONTREAL — Ville Husso kicked out all 24 shots he faced as Finland blanked Germany 2-0 at the world junior championship on Wednesday.

The Finns (1-2-1) opened with scoring early, with Julius Honka finding the back of the net 2:47 into the game. Mikko Rantanen added the other goal for Finland, which will play Sweden on Friday afternoon in the quarter-finals in Toronto.

"Of course this was a good win," said Finnish captain Artturi Lehkonen. "But if we want to beat Sweden in the quarter-finals, we need to play the best game that we have played in this tournament. That's for sure. We weren't the best that we can be in today's game."

"There's always a lot of passion against the Swedes," said Honka. "I don't think anybody needs to get any extra passion for that game. We'll battle hard and do our things out there."

Kevin Reich made 36 saves for the Germans (0-4-0), who will play Switzerland in the relegation round Thursday morning.

The Finns were scoreless on four power-play chances while Germany failed to score on its lone opportunity with the man advantage.