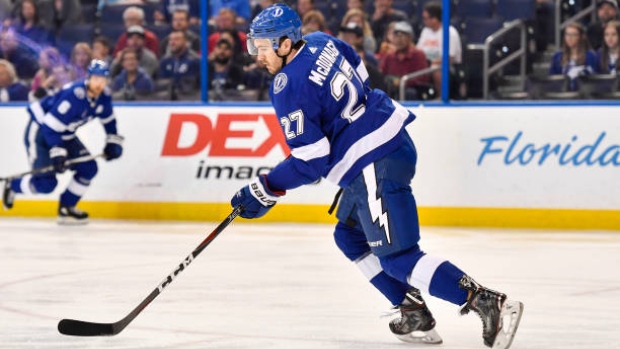 Sabres forward Patrik Berglund has been activated from injured reserve and forward Conor Sheary was put on IR ahead of tonight's game against the Florida Panthers.

Berglund has missed the last three games after being put on IR with an upper-body injury. The 30-year-old Swede has only 2 goals and 2 assists in 19 games this season.

Sheary, who has missed the past two games with an upper-body injury, has 6 goals and 6 assists in 24 games this season.

Sharks forward Timo Meier was absent from today's morning skate and will miss tomorrow afternoon's game against the Senators in Ottawa, per Kevin Kurz of The Athletic San Francisco.

There is still no word as to the cause of Meier's absence, or how much time he may miss.

The 22-year-old Switzerland native has 13 goals and 10 assists in 25 games this season.

Defenceman Robert Bortuzzo will return to the Blues lineup tonight against the Colorado Avalanche.

Bortuzzo, who's been on injured reserve with a lower-body injury, hasn't played since Oct. 20.

The 29-year-old has a goal in five games played this season.

Defenceman Ryan McDonagh is listed as day-to-day with an upper-body injury, according to Joe Smith of The Athletic Tampa Bay.

The injury could have occurred when McDonagh got checked into boards from behind by Jack Eichel in Thursday night's game against the Buffalo Sabres.

McDonagh has 2 goals and 16 assists in 26 games for the Lightning this season.

Goalie Michael Neuvirth is ready to return to the Flyers' lineup, per John Boruk of NBC Sports Philadelphia.

Neuvirth has been medically cleared, but he will back up Stolarz tomorrow in Pittsburgh.

Neuvirth will serve as Anthony Stolarz's backup for Saturday's game in Pittsburgh, but will likely be the team's starter untill Brian Elliott returns from injury.

In his only start this season, Neuvirth got shelled for six goals against vs. the New York Islanders.

Goaltender Scott Darling has cleared waivers and been assigned to the Charlotte Checkers of the AHL.

Darling is in the second year of a four-year, $16.6 million contract with Carolina after coming from the Blackhawks.

In seven starts this season, Darling has a 2-4-1 record with a 3.14 goals-against average and a .892 save percentage.

Goaltender Ben Bishop will be activated from injured reserve, per Mark Stepnaski of NHL.com.

Ben Bishop has been activated from injured reserve.

Bishop has been out with a lower-body injury since getting hurt against the New York Rangers on Nov. 19.

The 32-year-old netminder will be a welcome addition back into Dallas' lineup, as he has posted a 2.33 goals-against average and a .923 save percentage in 15 games this season.

Forward Micheal Ferland has been diagnosed with a concussion, according to Michael Smith of NHL.com.

There has been no timeframe announced for his absence from the team.

TSN's John Lu reports there are strong indications forward Paul Byron will return to the Canadiens for Saturday's game against the New York Rangers after missing the month of November due to a LBI.

The lines at Montreal's practice this morning were as follows:

Evgeny Kuznetsov will return to the Capitals' lineup tonight when they host the New Jersey Devils, according to Isabelle Khurshudyan of The Washington Post.

Kuznetsov has been out with an upper-body injury, suspected to be a concussion, since getting hurt against the Winnipeg Jets on Nov. 14.

In 18 games this season, Kuznetsov has 6 goals and 15 assists.

Teams With Players With 20 or More Points