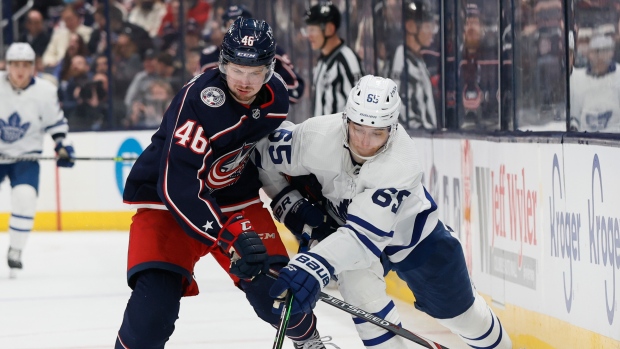 Toronto Maple Leafs forward Ilya Mikheyev left Thursday's game against the Minnesota Wild and did not return due to a non-COVID-19 illness.

Mikheyev played 4:39 and was held without a goal or an assist prior to his departure.

Head coach Sheldon Keefe told reporters after the game -- an eventual 3-1 win for Toronto -- that Mikheyev was dealing with stomach issues.

The 27-year-old winger has eight goals and three assists in 21 games so far this season heading into play Thursday. This is his third year with the team after making his NHL debut during the 2019-20 NHL season.

Following their win over Minnesota, the Maple Leafs will be back in action Saturday in Detroit against the Red Wings.