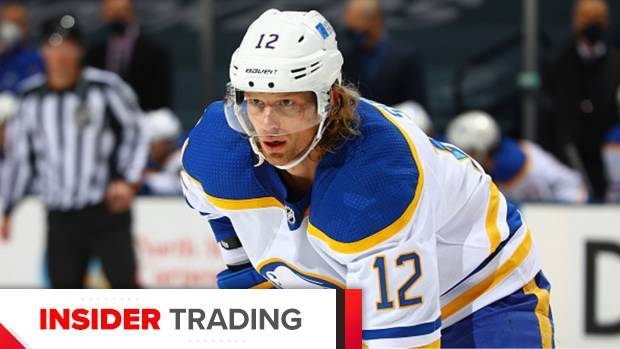 With the Sabres sitting at the bottom of the standings, are changes right around the corner in Buffalo? What's the latest on the status of the 2021 NHL Draft? The TSN Hockey Insiders discuss these topics, ESPN's new broadcast deal with the NHL, and more in the latest edition of Insider Trading.

The Buffalo Sabres have the fewest wins and points in the NHL. The market is angry and looking for blood. What does that mean for head coach Ralph Krueger?

Dreger: It's too soon to say but I know that GM Kevyn Adams continues to try and make trades. He's evaluating the entire hockey operations department, including his roster, throughout this process. And he's willing to consider pretty much every position. Some think that Krueger is unlikely to be let go in-season, but I think it is way too early to say that.

Meanwhile, you've got Jack Eichel continuing to see doctors this week. The extent of his injury is expected to be known towards the end of the week. Clearly you can see from the video that he is in distress, but it's premature to say how long he's going to be out. They expect that they'll know by Friday.

LeBrun: Obviously the pending UFAs in Buffalo are the most likely to move, they're the easiest to move at this time of year. Eric Staal would be among those players. In the past several years, Staal, through his camp, has told the Minnesota Wild he'd rather not move. Well, of course he's not in Minnesota anymore, he was dealt sort of against his will to the Sabres in the off-season. I'm told that he would be open to a deal to a contender. He has a partial no-trade with 10 teams on it. But for the right team, he would certainly go. He's living alone in Buffalo, his family is not with him, so what's the difference [from] one hotel to another? He might as well go try and win somewhere else.

Keep an eye on Edmonton. A trade with the Oilers would have to be dollar-in dollar-out, they're right at the cap, they are in LTIR, but they are looking to upgrade their third line and I'm told that Staal is a name that has been mentioned internally by the Oilers brass.

Massive developments potentially in hockey broadcasting south of the border where our American partners look like they'll be getting back into the NHL in a big way?

Seravalli: That's right, hockey is coming back to the Worldwide Leader at ESPN. They will get a significant chunk of the NHL's rights package that begins in October. I'm told that it's a seven-year deal that will see ESPN broadcast four Stanley Cup Finals over that time and nearly 1,100 games total over that span. No sense if the NHL is making ESPN the primary rights holder but if not, they're certainly going to get a significant chunk. Everyone wants to know, from a revenue perspective, how much money that is bringing back. We know that this is going to be a landmark deal for television rights in the U.S. as it relates to the NHL.

We have talked a lot about the draft being moved and it seemed the majority of GMs wanted it moved, but why did it not happen?

Dreger: It doesn't sit well with NHL general managers, either. And the NHL has yet to make it official, but there were so many stumbling blocks and so many hurdles when it came to negotiating with the NHLPA, which was required, to move the draft from July to either January or the summer of 2022. Moving free agency dates to adjust for players whose draft was pushed away from July was one of the many hurdles.

Also, it hasn't been determined whether or not it's going to be a virtual draft as opposed to in-person. It seems more likely it will be virtual, but they do not know yet where the draft will be.

Dallas Stars forward Jason Dickinson with a questionable hit on Nashville Predators defenceman Roman Josi on Sunday night. No penalty was called, the Predators aren't happy, but no supplemental discipline?

Seravalli: That's right, no supplemental discipline coming for Dickinson, but a lot of people were curious after the Tom Wilson suspension seemed to change the standard for boarding. This was certainly a less violent hit but an injury did occur on the play and Josi is not expected to play Tuesday as a result. The Predators, as you mentioned, are not happy that their captain is missing time, and certainly not happy there was no discipline on that play.