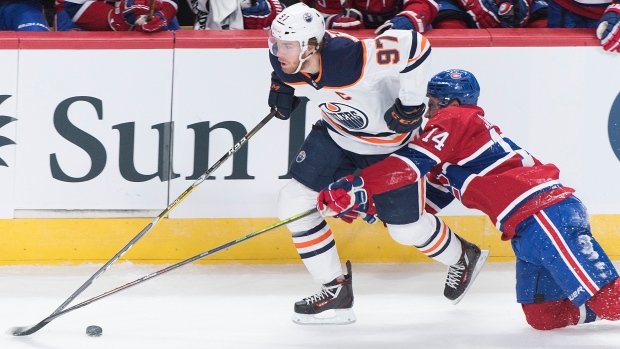 TSN Hockey Insiders Darren Dreger and Pierre LeBrun joined host James Duthie to discuss when the NHL could transition into Phase 3 and 4, the latest on progress toward a new CBA and where things stand with the NHL and the 2022 Olympics.

What’s next in the NHL’s return to play plan?

Now that Phase 2 is underway, is there more information on a timeline for Phase 3 and Phase 4?

LeBrun: I think there’s a lot of work ahead here over the next couple of weeks is what I’m told. Listen, they’re finally into the real negotiations for Phase 3 and Phase 4. Last week as we know, they were still finalizing the details on the format. They were still finalizing what Phase 2 would look like and Phase 2 is finally here. So over the next few weeks, the NHLPA and the NHL will continue to go back and forth on how training camp and the actual 24-team tournament are going to work in terms of protocols, details, testing and everything. Now at the end of all that, the NHLPA through its executive board – the 31 player reps – will vote on all this. And it won’t be a separate vote on training camp and then another vote on the tournament and the protocol. It’ll be one big package vote is what I’m told. And that’s the moment. That’s the moment where we find out if there will in fact be hockey this season which is what both sides hope there will be.

Dreger: Well, NHL players are waiting for all of that. Eagerly waiting the specifics, especially Phase 3 and what the hub city environment is going to look like. What are the specific restrictions? Now, there’s a belief that maybe things are going to be tighter than expected. And maybe families, which was a big sticking point early in the discussions, aren’t going to be allowed to visit until later in the playoffs, perhaps as late as the Stanley Cup Final. But the message from the league and from the Players Association is simple – nothing is going to be perfect. There are going to be sacrifices but those sacrifices are what is necessary for getting the sport back on its feet.

What’s the latest on CBA negotiations?

Is there a possibility that we could see some sort of framework of a deal this summer before we actually see games?

LeBrun: There are those involved who are at least holding out hope that’s a possibility, perhaps a memo of understanding agreed to by both sides in time for camps to start mid-July. Imagine that. A lot of work to be done before both sides get to that but that’s certainly a possibility and I think it’s important certainly from a players’ perspective that you know what’s on the table as far as your economic reality here over the next couple years. Why are you coming back to play? What does it mean for escrow? What’s the salary cap going to look like? There are a lot of questions and I think if, at the very least, the NHLPA and the NHL can have some clarity in some major CBA issues by them, it would go a long way in I think influencing how some players feel about things moving forward.

Where do the 2022 Olympics stand in terms of NHL participation?

This season’s muddled timeline has far-reaching effects for potentially several seasons to come. How does that relate to the 2022 Winter Olympics in Beijing?

Dreger: It’s a key discussion in the negotiation of an extension of the collective bargaining agreement. There’s no doubt about that. Maybe the media has lost sight or the international calendar is somewhat off of our radar but that’s not the case with the NHLPA. They believe that the international calendar is key to, again, further developing the revenue and the marketing aspect of the National Hockey League and the growth of the sport in general. So it will be a key topic and returning to the Olympics as early as 2022 most definitely will be on the table. You could see the memorandum of understanding subject to an agreement with the IOC and the IIHF. That’s a big deal to the players involved in these talks.