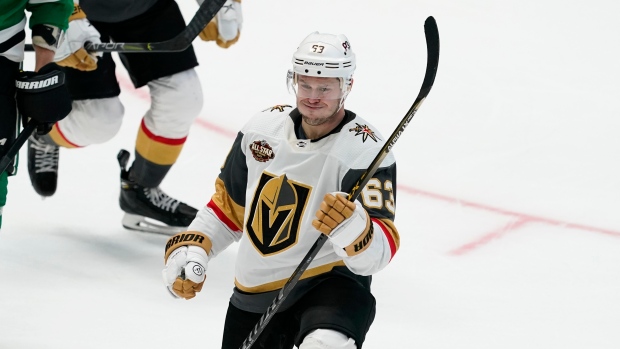 At what point do NHL injuries and absences hit a tipping point?

The sportsbooks understand that the jersey dictates a lot of the public’s betting, but trusting a franchise with replacements is a slippery slope.

The churn of players in and out of the lineup has an effect that is hard to quantify.

My bundle of bets for this week are overlaid with a trust in the infrastructure of select teams.

Parity in the NHL has intensified. Doormats from last season like Columbus, Detroit, Anaheim and New Jersey are improved. The Buffalo Sabres are scrappy. But there is one glaring hole in this take: the existence of the Arizona Coyotes.

Arizona has a record of 1-11 with a -33 goal differential. Unfortunately, the Nashville Predators are -280 (!) to win Saturday night. The Predators are a little too flawed for a puck line bet – bad micro-stats, no Filip Forsberg, prior generous puck luck – so I’m shifting to an under.

The Coyotes will be on the road in the second game of a back-to-back. If Arizona is falling into the abyss, we need to line our pockets before it’s too late and we get priced out. I think betting the under is the smart way to attack it.

Some teams renovate; the Coyotes are undergoing a gut rehab. The roster isn’t talented enough to drive play, and their offence has been largely absent for stretches. At this moment, Arizona has the worst offensive expected goals per 60 minutes in the NHL.

With feckless forwards, Arizona spends a lot of time in its own end. That is a problem, as Wednesday night against Minnesota demonstrated. A talented team like the Wild had highway-sized lanes to carry the puck in on entries and found time and room in the offensive zone. Under pressure from the Minnesota forecheck, Arizona surrendered the puck frequently. Not even halfway into the first period, the Coyotes were already trailing by two goals.

Nashville’s biggest strength is its goaltender. Juuse Saros is off to a stellar start, brandishing a 2.42 Goals Saved Above Expected (GSAx). In the Predators’ seven victories, they have been outshot at 5-on-5 in five of the contests. Roman Josi remains the team’s best skater, as he leads the Predators in wins above replacement (WAR) and is the tip of the spear of their attack on offence.

The Predators’ offence is a mishmash of high first-round picks, which didn’t quite achieve the heights people envisioned for them when they first exploded onto the scene. Since Matt Duchene, Ryan Johansen and Mikael Granlund have joined Nashville, their play can be generously characterized as uneven.

But this season Duchene already has eight goals. And only 14 games in, Johansen has nearly surpassed his goal total from last season. Same goes for Granlund with assists. On Thursday night, the Granlund, Duchene and Luke Kunin line outshot the Blues 10-5 despite it being their second game of a back-to-back.

On Saturday, the Predators have not only a significant advantage in goal and at 5-on-5, but also one of the league’s best power plays. Arizona has the second-worst penalty kill in the NHL.

For an Arizona team that could be chasing much of the game, one Nashville power-play goal seems like a foregone conclusion. The money line price is obnoxious, so I’ll grab the under 5.5 goals at -120 because I don’t think the Coyotes can score.

The Colorado Avalanche forwards are magnetic. Oozing skill and speed, they are maybe the NHL’s most telegenic team as they pop off the television screen. But the success and failure of Colorado on a game-to-game basis is contingent on its defencemen.

When the Avalanche dropped a home-and-home to the Columbus Blue Jackets last week, one large reason for the consecutive defeats was that their adversary identified that, if you can maroon the Colorado defencemen, opposing forwards could win the one-on-one battles around the net. Columbus rookie Cole Sillinger was a notable beneficiary in this regard, as Colorado consistently failed to disarm him in the low-to-mid slot.

The Avalanche’s game against Vancouver on Thursday night was radically different. The Avs’ defencemen were extremely aggressive disrupting breakouts and forays into the neutral zone, and this provided a wellspring of offence for Colorado. The lesson here is clear: When the Avs’ defencemen have forward support and can act like the aggressor, they can become a scoring catalyst. When they get isolated and are on their heels, they are a liability.

But it is also not a coincidence that Thursday saw Cale Makar return to the ice, rejoining Devon Toews, a duo that was dominant last season. Dampening the excitement was Bowen Byram leaving the game with an injury, an especially difficult blow because Byram had been playing excellent hockey. Still, even if Byram is absent from the lineup on Saturday, I expect that against the San Jose Sharks the Avs’ forwards will be able to rely on their defencemen to carry the puck out of the zone and lead entries.

Due to COVID protocol, the Sharks have played in the month of November without their head coach and seven key contributors. On Saturday, all of them are scheduled to return to the fold. Notably, in the starters’ absence, the offence has stayed relatively consistent in terms of expected goals and high-danger chances – but the defence has been a mess. Thursday night was the nadir, as the Sharks surrendered a breathtaking 3.54 expected goals at 5-on-5 to the Winnipeg Jets in a 4-1 defeat.

Nevertheless, even with the Sharks basically dressing the roster they envisioned at the start of the season, I think the matchup problems the Avs present are too much for San Jose to mitigate.

I have doubts about the Sharks’ ability to manage the puck well for 60 minutes against an Avs team that, when motivated, can apply pressure and rip the puck from its opponent. I think the Avs’ skaters will get a lot of respect on entries, and those roomy gaps will allow them to find seams.

Unequivocally, the injury to Nathan MacKinnon is unfortunate, sapping Colorado of the dynamism and creativity he brings to the ice. But with the return of Makar, Colorado switches out one game-breaker for another. In addition, Alex Newhook and Valeri Nichushkin both were impact players on Thursday.

The Avs are a .500 team right now at 5-5-1, and that spells opportunity because I am still bullish that they will finish with an outstanding record. Against a San Jose team that is unlikely to make the postseason, I expect Colorado to take care of business at home.

In hockey, losing a sizeable portion of your starting forwards might not reach the level of trauma, but pushing through does demonstrate resiliency. The Vegas Golden Knights have been crippled by injuries, but they are 8-6, hovering in the middle of the pack in their division.

In their current iteration, the Golden Knights are embracing a grinding style. With its normal roster, this team could be deadly on the rush, but now the concentration is on getting the puck below the goal line and cycling.

The Golden Knights will stack bodies in the neutral zone and wear teams down with offensive zone-time and counterattacks, as their defencemen are still aggressive stepping up. Even though their defensive group is mostly healthy, their expected goals against per 60 minutes at 5-on-5 is the worst in the NHL. But establishing a point of demarcation for context is necessary.

The Golden Knights were torched in the month of October, giving up quality chances to anyone and everyone with a stick. In November, Vegas has buttoned up. Furthermore, the team defence has gotten outstanding play from goaltender Robin Lehner, who has been a critical reason why this team has stayed afloat.

The Vancouver Canucks are coming off a 7-1 loss to Colorado on Thursday night that underscored how, when Vancouver is unfocused and sluggish, they can lose the game well before the first intermission. The Avalanche may be better than their record indicates, and the Canucks may be the opposite. This team is 5-6-2, but that belies how many red flags are planted on this team’s lawn.

The Canucks’ advanced metrics are awful at 5-on-5. They have the worst penalty kill in the NHL and a below-average power play. They struggle to score. They are badly coached, and their immensely skilled young players seem to be stagnating or getting worse.

But in the near term the most distressing sign is the play of goaltender Thatcher Demko, who has a -1.91 Goals Saved Above Expected (GSAx). Although Vancouver was expected to have an awful defence, Demko was supposed to be the adhesive, keeping things from falling apart.

If Demko is struggling, the Canucks can get run out of every building. With a Canucks team in disarray, give me the opponent at any price.