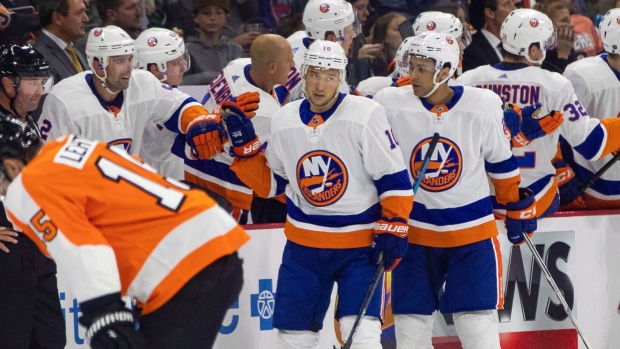 Jan Kovar is taking time to figure out his next move after failing to crack the New York Islanders roster out of training camp, the team told Arthur Staple of The Athletic Friday,

The centre was assigned to the AHL's Bridgeport Sound Tigers earlier this week, but has yet to report to the club.

#Isles say Jan Kovar is taking some time to figure out his next move.

The Islanders lured the former Kontinental Hockey League star to Brooklyn this summer on a one-year, $2 million contract. He is currently counting for $975,000 against the team's salary cap, according to CapFriendly.

Kovar was a point-per-game forward during his time in the KHL. He spent the last five seasons with Magnitogorsk Metallurg, posting a total of 97 goals and 189 assists (286 points) in 285 games.

He had one goal and two points with an even rating in four preseason games with the team.

The 28-year-old could opt to take the same path Vadim Shipachyov did with the Vegas Golden Knights last year to return to Russia. After being placed in the AHL a year ago, Shipachyov elected for voluntary retirement to return to the KHL. He was, however, forced to repay a $2 million signing bonus to Vegas.

Kovar did not receive a signing bonus on his contract with the Islanders, per CapFriendly.