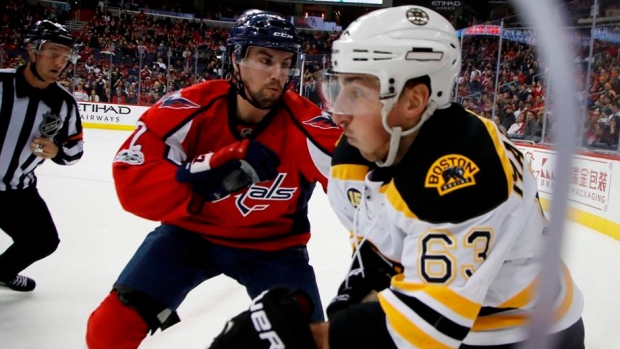 The NHL, long considered a regressive league unwilling to change or consider new ideas, has actually worked reasonably hard at trying out new stuff during the Gary Bettman era.

Three-on-three overtime, video review and expansion into Las Vegas are just three of a dozen or so examples of the league’s willingness to toy with new ideas.

The results, predictably, have been mixed. The overtime change has been embraced by most corners of hockey and is a massive upgrade on having game after game decided by shootout. Video review has been more of a mixed bag. While everyone appreciates the verification of goal-scoring sequences, it’s been an incredible time burden on games and there are very real areas for improvement. The success of NHL hockey in Las Vegas is a total unknown right now. We’ll have to wait and see how that plays out.

All in all, I think the league deserves credit for continuing to evolve. Which brings me to my next point: I think it’s time to have a long, hard conversation about the NHL’s current playoff format.

What this has done, more than anything, is create inefficiencies for the league. Think about the criteria that’s sorting this stuff out right now.

First, there’s a conference split – despite the fact there are 16 teams in one conference, and 14 (15 when Vegas begins play next season) in the other. Then there’s the fact that divisional winners are guaranteed home ice, despite the very real possibility of those four teams not being the four best teams in the league. Add in other restrictions – you can’t have more than five teams from a division make the playoffs, as one example – and you have a system that’s frustrating if you believe that the postseason should be designed to bring forward best-versus-best scenarios.

Below is a quick and dirty table of how inefficient the first round has been because of the format. Just look at the imbalance of matchups (indicated with gray).

Year two was clean in the East, but a mess out West. Vancouver and Calgary were forced into the 2-3 draw, which had a trickle-down effect everywhere. Anaheim had to play a better team. St. Louis, then, also had to play a better team. And Nashville/Chicago – two teams who finished ahead of “home team” Vancouver – had to play each other. (It’s worth noting that there was a very decent argument to be made at the time that Vancouver and Calgary were the two worst teams to qualify for the playoffs – their match up in the first round guaranteed one would advance.)

Last season might have been the worst of all, and again, issues with the 2-3 matchups drove issues everywhere else. Tampa Bay and Detroit – who limped into the playoffs like Vancouver and Calgary the year prior – enjoyed a comfortable first-round matchup against each other, which meant the Rangers (a better team) and Islanders (a better team) had to play road series against stronger competition. The West offered their second-best team in St. Louis playing their third-best team in Chicago, which, quite frankly, is absurd.

My point in all of this? Just about every year there’s been some sort of imbalance somewhere, which means there will always be inefficient matchups created. We’re slated for another ridiculous first round this spring.

The Rangers, in many seasons, could win a division with 109 points. This year, because of the Metropolitan’s incredible run, their 109 points will earn them a first-round road series against a team on pace for four less wins. Ottawa, the sixth-best team in the conference right now, is a very real possibility to play their first-round series at home. Columbus and Pittsburgh – two titans in the standings – are looking like round-one opponents.

The West is only marginally better. We are pushing for yet another Blues/Blackhawks first-round series, and once again it’ll be disadvantageous to both participants based on point paces elsewhere.

With how frequently (and by frequently, I mean every single year) the playoff seeding seems to get botched, I have to wonder if the NHL really thinks it’s worth it. They clearly value the idea of intra-divisional games and the ‘rivalry’ notion underpinning those, but I think it’s failed.

We’re getting high repetitions of the same matchups every season and the seeding seems tremendously unfair, in some ways rendering efforts in the regular season moot.