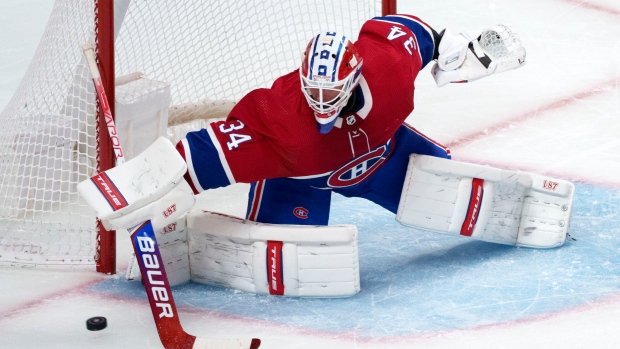 Goaltender Jake Allen will be out for eight weeks due to a lower-body injury.https://t.co/pyERlZWNjb

Allen, 31, sustained the injury during the second period of a 5-1 loss to the Boston Bruins on Jan. 12.

The 6-foot-2 goaltender has been the primary goaltender for the Canadiens this season with Carey Price unavailable due to his knee injury.