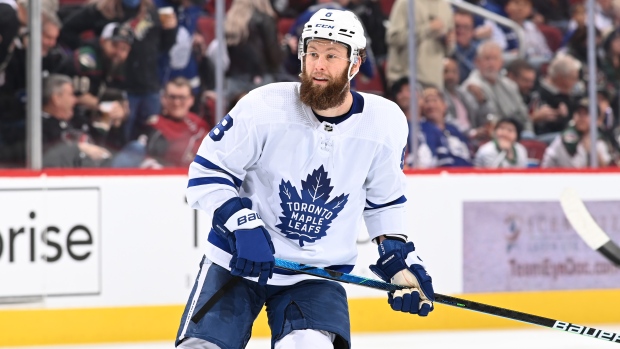 Toronto Maple Leafs defenceman Jake Muzzin is likely to return to the lineup Tuesday against the Florida Panthers, according to head coach Sheldon Keefe.

Muzzin, 33, has been sidelined with a concussion since Feb. 21.

In 41 games this season, Muzzin has two goals, 10 assists and a minus-eight rating.

The Leafs face the Tampa Bay Lightning on Monday.