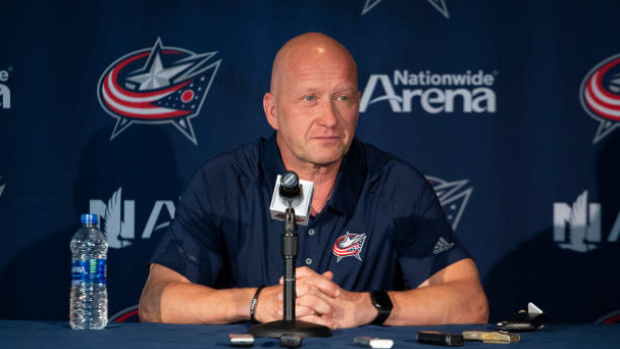 After honouring Pierre-Luc Dubois' trade request earlier this season, the Columbus Blue Jackets are once again in the market for a top-line centre, general manager Jarmo Kekalainen confirmed to The Athletic.

“It’s a challenge because they’re just not available,” Kekalainen said. “You usually have to draft and develop one. We did that well with one player (Dubois), and now he’s not here.

“Now we have to get back into our hunt, finding a centreman either through the draft or through a trade. They aren’t available very often. There could be some available in the free agent market next summer.”

The Blue Jackets acquired winger Patrik Laine and centre Jack Roslovic in January for Dubois and a third-round draft pick. Laine has six goals and 10 points in 16 games since arriving, while Roslovic has posted five goals and 14 points in 19 games.

Kekalainen added centres Max Domi and Mikko Koivu in October, but Koivu retired seven games into the season, dealing another blow to the team's depth after the Dubois trade. Domi has three goals and seven points in 26 games this season.

“I can assure you we understand the importance of the centre-ice position,” Kekalainen added. “That’s why we did a lot of the moves we did in the off-season, and it hasn’t exactly gone as planned, I can assure you.

“We’ll keep searching and doing our job and building a team. We have some very good potential centre-ice men growing into that role within our team. But we’re also going to look for ways to strengthen that position from the outside.”

Columbus enters play Monday sitting fifth in the Central Division, six points back of the Chicago Blackhawks for the fourth and final playoff spot in the division.