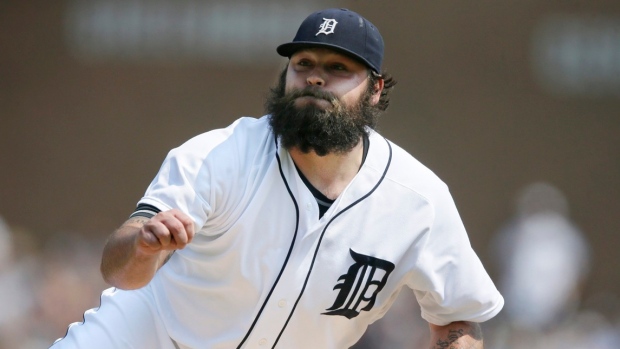 The Toronto Blue Jays have released minor league pitcher Joba Chamberlain after he exercised an out clause in his contract, the team announced on Friday.

RHP Joba Chamberlain has been release at @BuffaloBisons after exercising an out clause in his contract.

Chamberlain appeared in seven games for the Buffalo Bisons posting an 0-1 record with a 14.40 ERA in five innings of work.  He also picked up two saves in three opportunities.

The Jays signed the 29-year-old pitcher to a minor league contract in July after he was released by the Detoit Tigers earlier in the season.