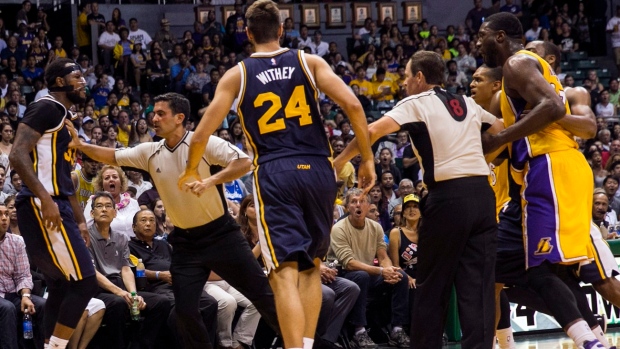 NEW YORK, N.Y. - Utah Jazz forward Trevor Booker has been suspended one game without pay for striking Los Angeles Lakers centre Roy Hibbert with an open hand to the head.

The league announced the fine on Friday.

Booker was given two technical fouls and ejected for the hit in the third quarter of Utah's 117-114 preseason win Tuesday over the Lakers in Hawaii.

Booker's suspension will begin on the first game of the regular season.