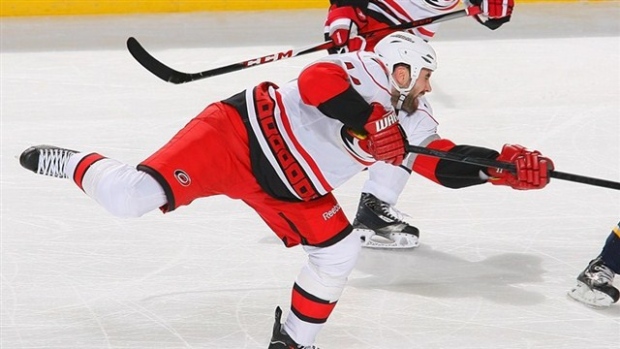 The Winnipeg Jets have acquired defenceman Jay Harrison from the Carolina Hurricanes in exchange for a 2015 sixth-round pick.

The pick originally belonged to the Ottawa Senators, who traded it to the Jets last season.

The trade was announced hours after the Jets said that defenceman Mark Stuart will be out until February with a lower-body injury.

Harrison joins a depleted blue line, as Tobias Enstrom, Zach Bogosian, Jacob Trouba and Stuart are all slated to miss time for Winnipeg to due to various ailments.

In 20 games this season, the 32-year-old has a goal and four points.

He has two years remaining on a three-year, $4.5 million contract. Carolina will retain 30 per cent of Harrison's salary.

Winnipeg currently sits in the first wild card spot in the Western Conference with 38 points.