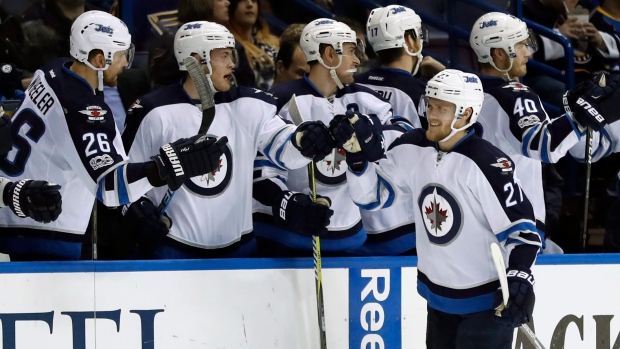 Nikolaj Ehlers is locked up through the 2024-25 season.

The Winnipeg Jets have signed the Danish winger to a seven-year extension worth $42 million. The deal carries an average annual value of $6 million.

Taken with the ninth overall pick of the 2014 National Hockey League Entry Draft out of the Quebec Major Junior Hockey League’s Halifax Mooseheads, the 21-year-old Ehlers embarks on his third NHL season on Wednesday night when his team hosts the Toronto Maple Leafs.

Ehlers appeared in all 82 games for the Jets last season, scoring 25 goals and adding 39 assists in 17:39 of ice time a night.

Ehlers, who was entering the final season of his entry-level contract, is now one of three Jets signed through 2023-24, joining Mark Scheifele and Bryan Little. At a $6 million average annual value, Ehlers will sit just behind Scheifele ($6.125 million) for the team's highest-paid forward when the extension kicks in next season.

Born in Aalborg, Ehlers has represented Denmark internationally on a number of occasions, including at the most recent IIHF World Hockey Championship where he had four assists in seven games.