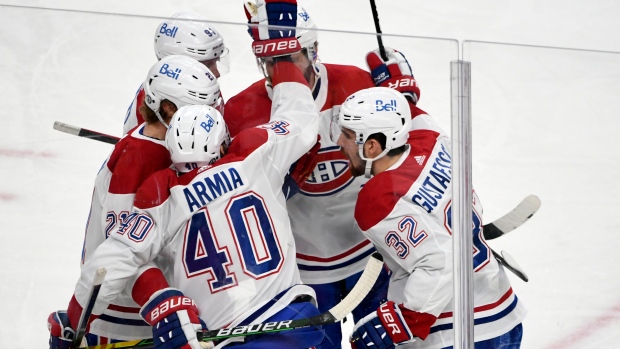 Joel Armia opened the scoring and Tyler Toffoli scored late in the period to give the Montreal Canadiens a 2-0 lead over the Vegas Golden Knights after the first period of Game 2.

Armia struck 6:12 into the first period, his fifth of the playoffs, firing the puck past a sprawling Marc-Andre Fleury to give the Canadiens the early lead.

Toffoli added his fifth of the postseason at 16:30 of the period, sending a knuckler past Fleury for the two-goal lead.