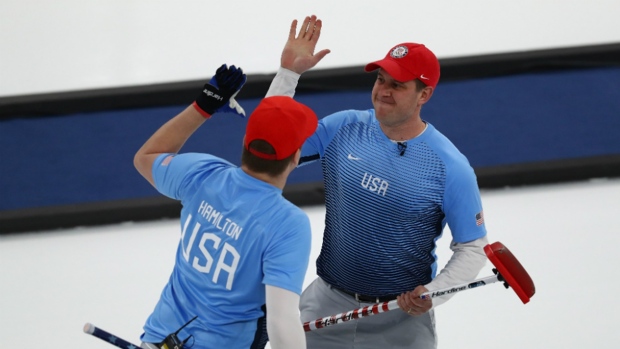 The rinks led by John Shuster and Tabitha Peterson will represent the United States at the 2021 men's and women's world championships, USA Curling announced on Thursday after it was revealed this year's American national championships will be postponed until May due to the COVID-19 pandemic.

NEWS | Men's, Women's & Mixed Doubles National Championships have been postponed to May 2021.

2018 Olympic gold medalist Shuster, along with third Chris Plys, second Matt Hamilton, lead John Landsteiner, won last year's men's nationals in the United States, but did not compete at the world championships in Scotland after they were called off due to the coronavirus.

Curling Canada announced on Tuesday that the 2021 World Men's Curling Championship will be one of the events taking place inside the Calgary bubble in early 2021. Currently, the men's worlds is scheduled to take place from April 3-11.

Peterson and her rink of Nina Roth, Tara Peterson, Becca Hamilton and Aileen Geving won last year's national championship and will also get the entry into this year's Women's World Curling Championship after missing out last season. The women's worlds is slated to take place in Schaffhausen, Switzerland from March 20-28.

The 2021 Mixed Doubles National Championship has also been postponed until May, meaning last year's champs in Peterson and Joe Polo will represent the Americans at the 2021 World Mixed Doubles Championship. That tournament is scheduled for late April, but a location has yet to be determined.

The 2021 United States National Championships in May will serve as qualification for the 2022 U.S. Olympic Trials for curling.