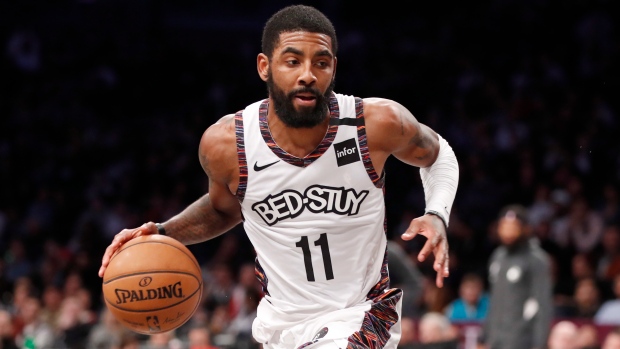 "I mean, it's transparent. It's out there, It's glaring, in temr sof the pieces that we need in order to be at that next level," Irving said postgame, per ESPN's Tim Bontemps. "I'm going to continue to reiterate it. We're going to do the best with the guys that we have in our locker room now, and we'll worry about all the other stuff, in terms of moving pieces and everything else, as an organization down the line in the summer.”

The Nets, who are currently 18-22 on the season and in eighth place in the Eastern Conference standings, attracted a lot of attention last summer after adding Irving and fellow star Kevin Durant to their roster. A plethora of injuries, however — Durant is expected to miss all of this season with the Achilles injury he suffered in last year's Finals and Irving just returned from a 26-game absence due to a shoulder injury — have assumingly slowed Brooklyn down this season.

"Collectively, I feel like we have great pieces, but it's pretty glaring we need one more piece or two more pieces that will compliment myself, [Durant], [DeAndre Jordan], [Garrett Temple], [Spencer Dinwiddie], [Caris LeVert] and we'll see how that evolves.”

If the Nets do intend to add any more pieces to their roster, they’ll have to do so by the NBA’s trade deadline on Thursday, Feb. 6.