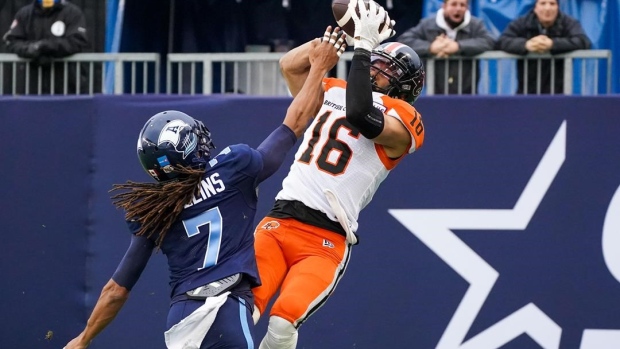 According to TSN Football Insiders Dave Naylor and Farhan Lalji, a scenario is developing where the CFL Players’ Association’s leadership may not put the latest collective bargaining agreement proposal from the league to a vote.

As Naylor reported on Twitter on Wednesday afternoon, the sticking point on the decision is the CFL’s proposal to reduce to number of Canadian starters on a team from seven to six. Lalji reports that the CFLPA “does not believe any proposal with a ratio reduction will pass at this point.”

Scenario brewing that would be very bad for an on-time start to the @2022 @CFL season: If the @CFLPA leadership decides they won’t put league’s proposal to a vote of because it reduces 7 Canadian starters to 6, and if league won’t move off 6…well, we can all go home.#CFL #CFLPA

The @CFLPA is under no legal obligation to put the @CFL’s latest offer to a vote among its membership. But it would be standard protocol for them to inform the league if they were going to do so. No such communication has been made as of yet. #CFL #CFLPA

On Monday night, the players rejected ratifying the tentative agreement that had been reached by the league and CFLPA last week.

The union had recommended acceptance of the seven-year agreement to its membership last Wednesday, four days after players with seven of the league’s nine teams went on strike.