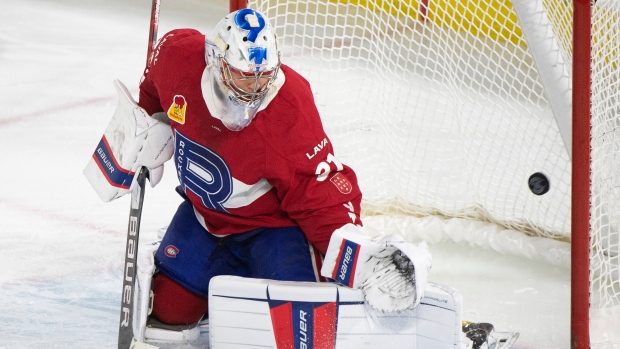 SPRINGFIELD, Mass. — Canada's last team standing in the American Hockey League is done for the season.

The Laval Rocket, aiming to win a Game 7 on the road and qualify for the Calder Cup final, came up short Wednesday losing 4-0 to the Springfield Thunderbirds at the MassMutual Center.

Three of the games in the Eastern Conference final series went to overtime with Springfield winning two of them. Charlie Lindgren recorded the shutout for the T-Birds, stopping 34 shots. Cayden Primeau stopped 36 of 39 shots for Laval.

Dakota Joshua had two goals for the Thunderbirds, with singles added by Matthew Peca and Nathan Todd. The T-Birds had two-power plays and an empty-netter in the series finale. Springfield will now face the Chicago Wolves in the Calder Cup championship series.

The Wolves defeated the Stockton Heat 3-0 on Tuesday to win their Western Conference final in six games.

This report by The Canadian Press was first published June 15, 2022